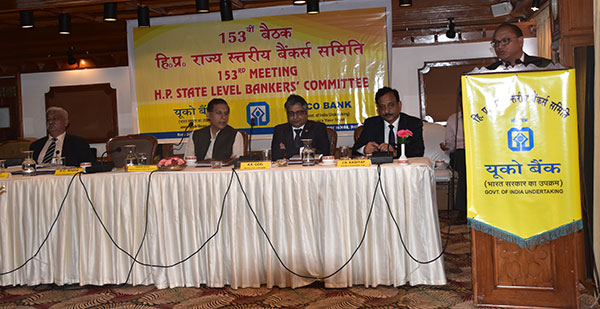 Under Kisan Credit Card Scheme 404029 farmers of the State availed financial assistance of Rs. 10843 crore and 177564 beneficiaries have been financed under Mudra Yojana amounting to Rs. 2958 crore. This was stated by Principal Secretary (Finance) Prabodh Saxena while presiding over the 153rd H.P State Level Bankers Committee ( SLBC) meeting here today.

He said that Direct Benefit Transfer has been successfully implemented in the State. State SBT Portal is live and integration with Bharat CBT portal   has been completed. Till now total 164 (72 Central and 92 State sponsored Schemes) have been on board on Bharat CBT Portal. He said that Rs. 3631.55 crore have been successfully transferred into beneficiaries aadhar enabled bank accounts under 50 cash schemes.

He said that Banks in Himachal Pradesh are doing commendable job and to double the farmers income by 2022 most of the farmers have been covered under Kisan Credit Card Scheme and the banks are striving to providing banking facility to every citizen in remotest areas of the city.

He urged all the banks in the state to provide financial literacy programmers in the state from time to time and to make the ATM faculty more competent do that tourists coming to the state and they  not suffer any inconvenience due to unavailability of cash in the ATMs.

Managing Director and CEO of UCO Bank A.K Goel said that there is multifarious development in the banking sector and have a far reaching impact on the economy of the country  under Mukhya Mantri Swavlamban Yojna banks have sanctioned 362 cases till now. Social Security Scheme 546 Claims were given under Pradhan Mantri Suraksha Bima Yojna and 1030 claims were given under Pradhan Mantri Jeevan Jyoti Bima Yojna.

General Manager( In- charge) of Reserve Bank Of India K.C Anand said there is a network of 2175 branches and 1990 ATMs in the state and the banking services are also being provided through 1762 Bank Mitras.

Later Prabodh Saxena gave certificate of appreciation to H.P State Cooperative Bank for its outstanding performance in rendering its services to Self Help Groups in the State.

DGM, UCO Bank Shimla JN Kashyap, General Manager NABARD Nilay D. Kapoor and the senior officials from all the Government and Private sector banks were present among others during the meeting. 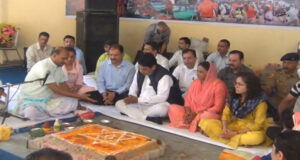 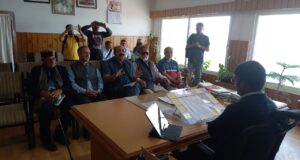 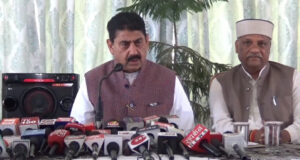