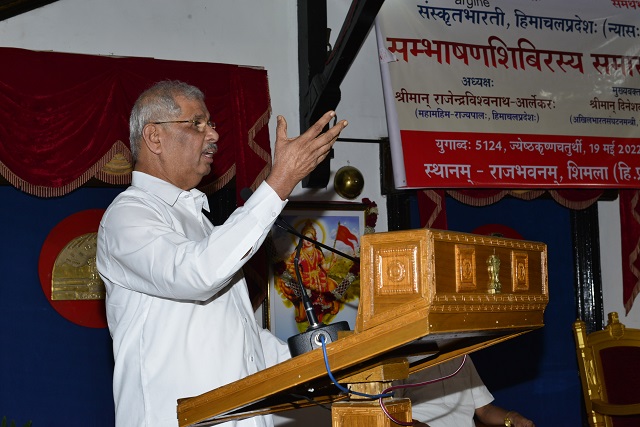 On this occasion, the Governor said that Sanskrit is the language of enculturation. He said that the society is facing several issues due to lack of proper cultural values. He said that in most developed countries of world, the work process takes place in their own language. He said that the situation of the country was now changing and has provided the opportunity to re-establish Sanskrit. He emphasised on the need to acknowledge our rich culture, history and tradition.

Earlier, All India Organising Secretary of Sanskrit Bharti and Key Speaker Dinesh Kamat also shared his views on this occasion.

Secretary to Governor Vivek Bhatiya presented the vote of thanks.

Officials of Raj Bhavan also presented music programme in Sanskrit and shared their experiences on this occasion.