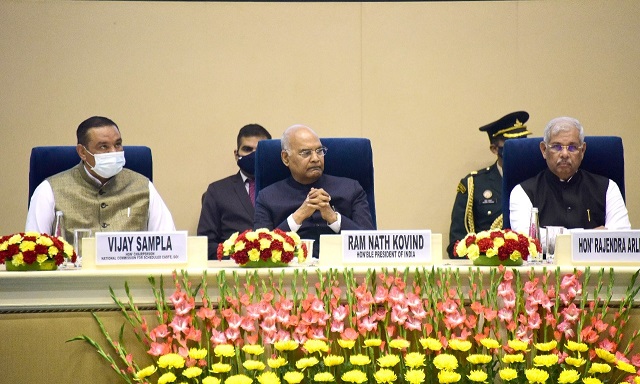 Governor of Himachal Pradesh Rajendra Vishwanath Arlekar presided over the first session of the conclave. It was inaugurated by the President of India Ram Nath Kovind. This international Ambedkar Conclave will focus on constitution, education, skill development, entrepreneurship, start-ups and economic development.

On the occasion, Shri Arlekar said that the economic, financial and administrative contribution of Dr. Ambedkar can never be forgotten. He has made a significant contribution in preparing the Indian Constitution based on equality, fraternity and humanity. He said that the campaigns undertaken by the Central Government to honour Dr. Ambedkar and take forward his work were commendable. The representatives of the Central Government deserved appreciation for giving priority to the upliftment of the deprived sections, he added.

The Governor said the long and non-violent struggle of Baba Saheb to bring the ideals of equality, compassion and fraternity on the surface of the society, gave him the status of a ‘Yug Purush’. He instilled hope, self-confidence and self-pride among the people who were oppressed by illiteracy and social injustice for centuries, he added.

“It is a matter of satisfaction that by following the path shown by Baba Saheb, forums were doing important work for the people belonging to Scheduled Castes and Scheduled Tribes”, said Shri Arlekar.