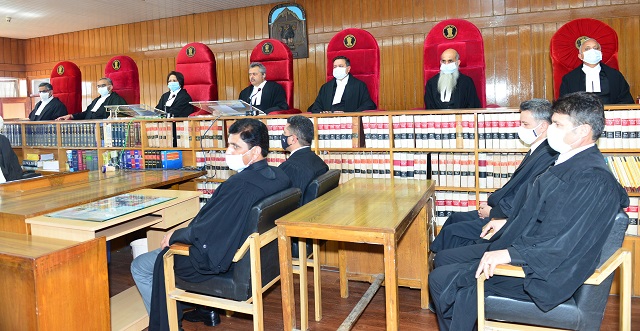 Speaking on the occasion, Justice Ravi Malimath said that he had attempted to deliver real and speedy justice to the litigants. The only thing that ought to be of paramount importance for a judge is the quality and pace of justice. He also said that any decision that is taken, be it on the judicial or administrative side, must be just, fair and reasonable. He further said that he had developed an attitude of zero tolerance towards incompetency, inefficiency and insincerity. He said that during 105 days in this court, his Bench has disposed off 1511 main cases. He also said that he had envisioned many plans for the courts at Himachal Pradesh and numbers of progressive steps have been taken.

He said that time period for removing the office objection has been enhanced from 20 days to 6 weeks in order to help the members of the Bar. He said that amendment was made in H.P. Judicial Services Rules 2004 for granting powers to the High Court to make recruitment to all class of judges in the district judiciary. He said that in addition to the administrative judges for each district, a new concept of having guardian judges for each district has been floated. He said that Himachal is a beautiful state not only because of its scenic beauty but also because of its people.

He also expressed his gratitude towards the brother and sister Judges, Members of Bar, Judicial Officers, Officers and officials of the Registry for their cooperation.

Justice Ravi Malimath was presented Guard of Honour, after the Full Court Reference.

On this occasion, Justice Sabina said that Justice Ravi Malimath was born on 25 May, 1962 in one of the most respected families of Karnataka. His paternal grandfather late Justice S.S. Malimath was a freedom-fighter and a pioneer in the struggle for the unification of Karnataka. His father late Dr. Justice V.S. Malimath is recognized as one of the finest Chief Justices ever. He was an eminent Chief Justice of the High Court of Karnataka and, later on, of Kerala.