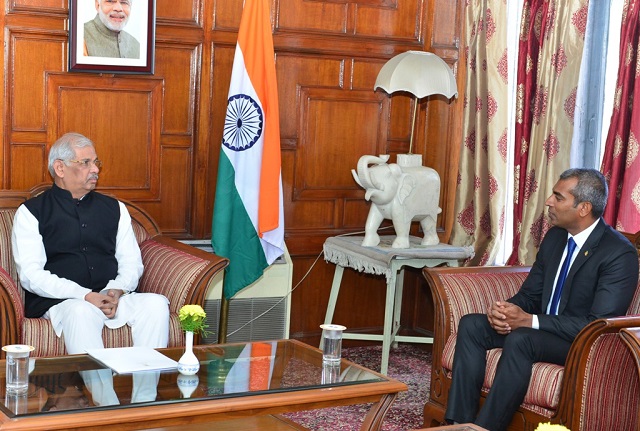 On the occasion, the Governor shared his experiences with the delegation. He discussed the tourism industry, environment, forest wealth, biodiversity and accounting. He hoped that his stay in Himachal Pradesh, especially in Shimla, would be memorable. He also gave information about the historical background and heritage buildings of Shimla.

Earlier, the Governor honoured them by presenting Himachali shawls and caps.

Hussain Nayazi, Accountant General of Maldives described his visit to Himachal as a memorable one. He thanked the Governor.

Director General, National Academy of Audit and Accounts, Shimla Manish Kumar, Secretary to Governor Vivek Bhatia and other officers were also present on the occasion.