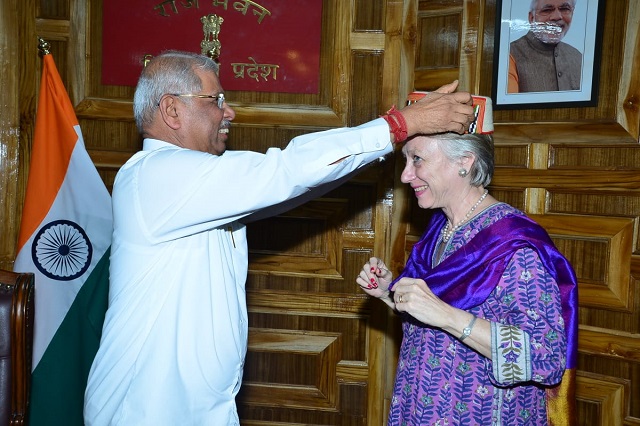 In her courtesy call, they discussed various sectors of mutual understanding and cooperation.

The Governor said that Himachal Pradesh has immense reserves of biodiversity.  He said that from tourism point of view there were many such places in Himachal which need to be explored.  Apart from this, both Himachal and UK could work in coordination in the field of education and exchange thoughts and knowledge at the university level.

Governor said that the rural culture of Himachal was our treasure in the true sense, which needs to be preserved. He also apprised her about natural farming practiced in the state.

The Governor also honoured her by presenting himachali cap and shawl.