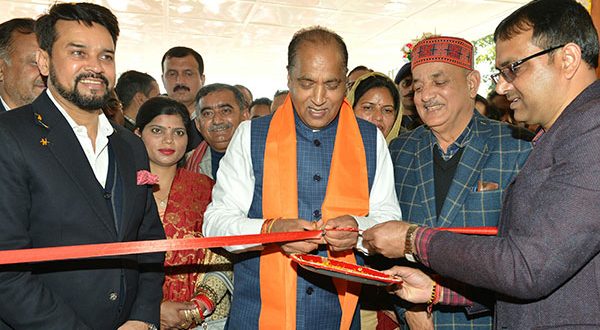 A recurring grant of Rs. 10 crore would be provided to the HP technical University Hamirpur by the State Government, said Jai Ram Thakur Chief Minister after inaugurating Administrative Block of HP Technical University constructed at a cost of Rs. 66.61 crore and laying foundation stones of Students Cafeteria and Shopping Complex and Open Air Theatre of the University at Hamirpur today.

Jai Ram Thakur said the campus of HP Technical University is one of the best Campuses of the State. He said that the new block of the Campus would be completed within next six months and provide best educational infrastructure to the students studying there. He said that the University would help youth in upgradation of their skills by providing them employment oriented education. 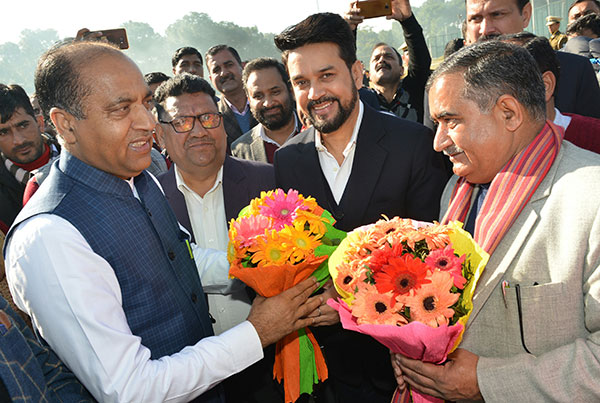 The Chief Minister announced Sub Tehsil at Lambloo to facilitate the people of the area. 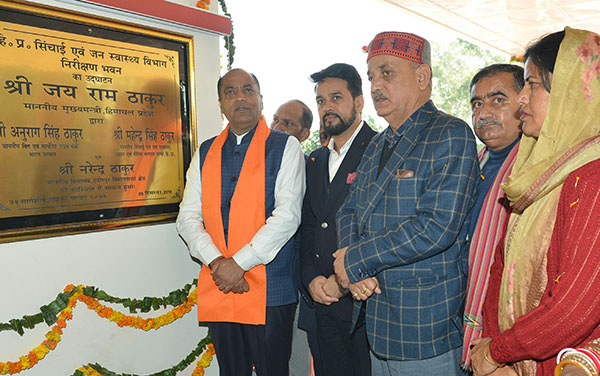 The Chief Minister laid foundation stone of water Supply Scheme Gasota and of 33/11 KV  HPSEB Ltd. Sub Stations at Lambloo and Khangal to be constructed by spending Rs. 38.31 crore, Rs. 5.50 crore and Rs. 8.11 crore respectively. The two substations would benefit over 70,000 population of 81 villages of 22 Panchayats of the area.

Later, the Chief Minister laid foundation stone of office of District Welfare Officer to be constructed by spending an amount of Rs. 2.24 crore. 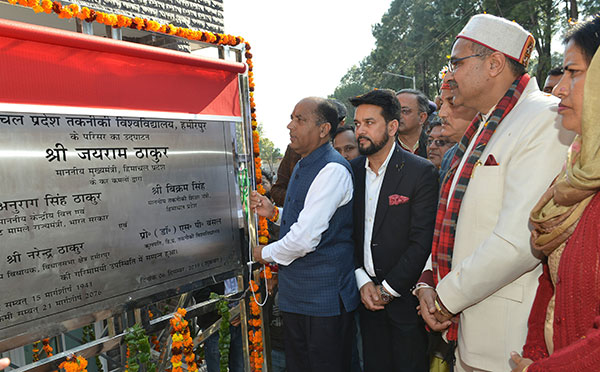 Union Minister of State for Finance and Corporate Affairs Anurag Thakur said that the Hamirpur district was completely ignored in matters of development during the previous Congress tenure. He said that now the district was getting its due and today it was fast forging ahead on path of progress and prosperity. He said that technical education could play a vital role in skill upgradation of youth thereby helping in ensuring employment and self employment opportunities to them. He said that the Union Government under the able leadership of Prime Minister Narendra Modi was committed for Skill upgradation of youth and also promoting them to start their own start-ups. Innovation and incubation hubs would be established in the University to motivate the youth to start their start-ups, he added. 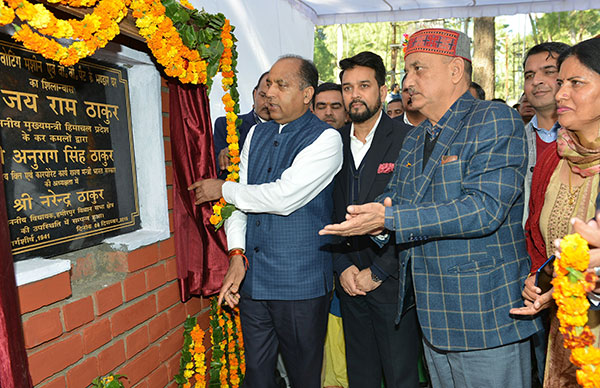 Vice Chancellor of Himachal Pradesh Technical University Prof. S.P.Bansal while welcoming the Chief Minister to the University Campus said that the State Government during last two years had ensured unprecedented development in all areas of the State and all sections of the society.

Pradhan of local Panchayat Usha also welcomed the Chief Minister on the occasion.