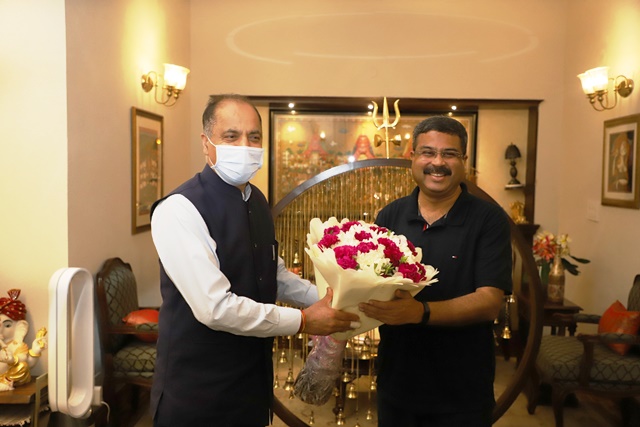 While discussing the prevailing Covid-19 situation in the State, Chief Minister thanked the Union Minister Dharmendra Pradhan and the Central Government headed by Prime Minister Narendra Modi for extending all possible help to the State to fight the pandemic.

The Chief Minister disclosed that the Union Minister has assured to provide 1000 D-type oxygen cylinders out of which 500 cylinders are on the way whereas 500 have been received by the State. He said that 10 half ton capacity each cryogenic oxygen tanks would be installed in hospitals of the State and 300 oxygen concentrators under the Corporate Social Responsibility funds have also been assured for the state which will further boost the oxygen capacity of the State. Efforts were also being made to procure B-type oxygen cylinders soon if need arises, he added.

He said that the Union Minister also assured of sanctioning a State of Art Modern hospital in the State at an estimated cost of Rs. 60 crore.