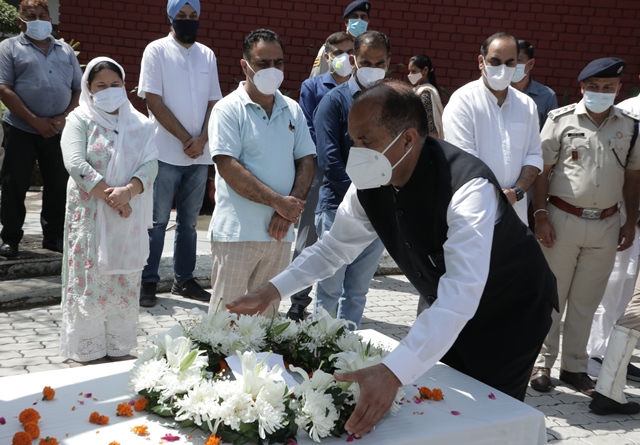 Chief Minister Jai Ram Thakur has expressed grief over the sad demise of Chief Whip, legislator from Jubbal-Kotkhai and former Minister Narinder Bragta who passed away at PGI Chandigarh in the wee hours today. He was 69.

Chief Minister prayed the Almighty to give peace to the departed soul and strength to the bereaved family members to bear this irreparable loss.

Jai Ram Thakur laid wreath on the body of Narinder Bragta at Chandigarh and remembered his contributions made for the development of the State as well as the Bharatiya Janta Party.

All Cabinet ministers have also expressed grief over the sad demise of Narinder Bragta.