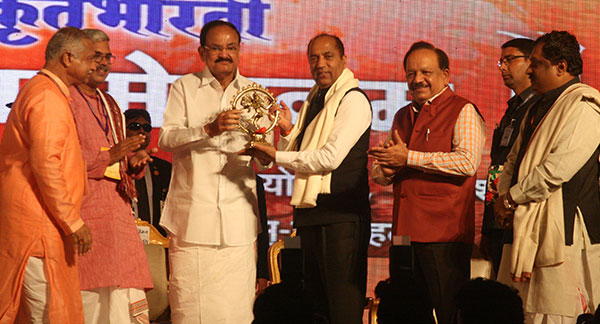 Chief Minister Jai Ram Thakur was honoured by Vice President of India M. Venkaiah Naidu in the World conference organized by Sanskrit Bharti for according second language status to Sanskrit in the state at New Delhi today. 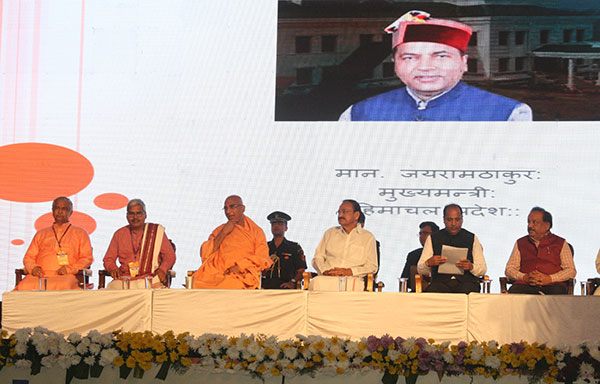 The Chief Minister thanked the organisers for the honour and lauded them for holding such event to celebrate the importance of Sanskrit.

The Chief Minister was honoured by Vice President by presenting memento and shawl.

Vice President congratulated the organisers for their endeavours.

All India President Sanskrit Bharti Gopbandhu Mishra welcomed the chief guest and others.

Representatives of 21 countries and scholars, teachers and students of Sanskrit and organizations promoting the language across the country participated in the event