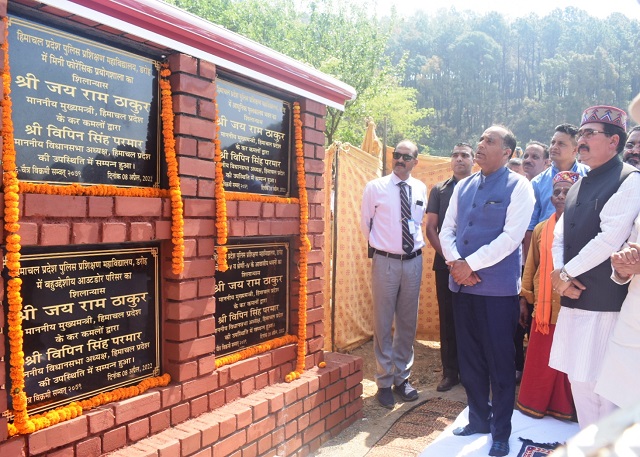 Sulah constituency to have new electricity board Division

Chief Minister while speaking about the COVID-19 pandemic and steps taken by the Centre Government to deal with such world-wide threat said the strategies adopted by the Centre had deepened the trust of people of all walks of life in the dynamic leadership of Prime Minister Narendra Modi. He also lauded the efforts of various departments and pro-active approach of Himachali people for achieving top ranking in vaccination drives.

According to the top priority of the State for the welfare of poor and weaker sections of society, Chief Minister said the present Government in its first cabinet meeting gave approval to reduce the age limit from 80 to 70 years for old age pension. Now, it has been reduced to 60 years by the Government with a view to benefit all needy and eligible persons. Himcare Yojna has proved to be a very effective helping hand in health care. Similarly, SAHARA Yojna has also become a healing touch for those suffering from serious ailments. Under the Yojna, the patient is provided with Rs.3000 every month. Nearly 100 crores of rupees have been spent so far, Chief Minister added. Terming the role of employees in the all-round  growth of state as forerunner, he said the Government has implemented the recommendations of Pay Commission for ensuring the welfare of employees of the state. He also detailed the increase in daily-wage and honorarium to various categories including ASHA workers who played a significant role in the pandemic. He also said that the electricity consumers will have to pay nothing up to consumption of 60 units. Under the Mukhya Mantri Shagun Yojna, now financial help of Rs.31000 would be provided.

The Chief Minister also said that temporary police posts at Dheera and Thural would now be permanent to facilitate the people of the areas. He said industrial training institute Gadhjamula would now be a model ITI. Achhru da Bharo-Chambi- Cheedan road would also be named after Subedar Genda Ram Chaudhary  who had constructed the 18-km long link road with his own endeavors.

While welcoming the Chief Minister, Vidhan Sabha Speaker Vipin Singh Parmar  thanked Jai Ram Thakur for dedicating various developmental projects to the people of Sulah and laying the foundation stones of worth over 155 crores. He said Sulah Assembly constituency has been witnessing huge development for the last over 4 years. Various projects and schemes of Jal Shakti Vibhag  worth Rs.275 crores are also under progress in Sulah constituency, he said.