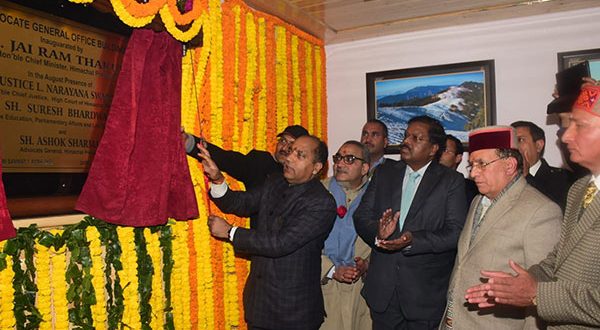 Chief Minister inaugurates building of office of the Advocate General

Speaking on the occasion, Chief Minister said that this Rs. 8.5 crore seven stroyed building would go a long way in providing best working environment to employees of Advocate General office and thereby increase their efficiency and dedication in delivering day to day activities.

Jai Ram Thakur said that this office also represents the State Government in the Hon’ble High Court. He said that judiciary was playing a vital role in providing time bound justice to the people particularly those from the weaker and vulnerable sections of the society. 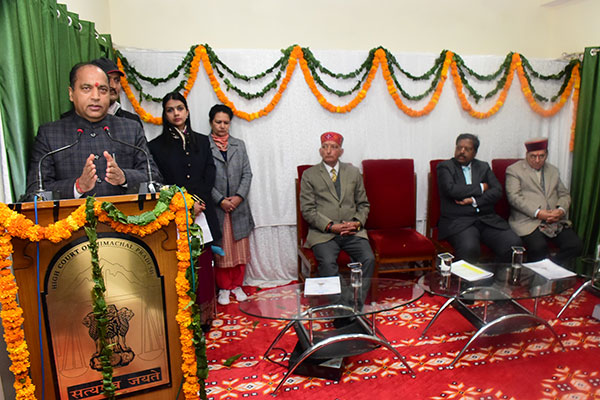