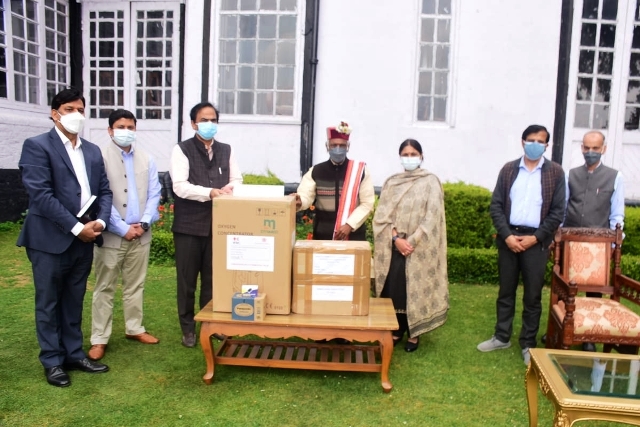 The Governor presented 40 Oxygen Concentrators of 5L and 6 Oxygen Concentrators of 8 L to Secretary, Health Amitabh Awasthi in the presence of Dr. Sadhana Thakur, Chairperson State Red Cross Society, Hospital Welfare Section. He also provided 200 oximeters to Deputy Commissioner Shimla Aditya Negi. Apart from this, 200 Oximeters each were provided to district Una and Sirmaur, 100 to Chamba and 50 oximeters each were provided to Kinnaur, Lahul-Spiti, Solan, Kullu and Hamirpur district. Earlier, 250 pulse oximeters have been given to Kangra and Mandi districts respectively through State Red Cross Society.

On this occasion, the Governor stressed the need for increasing the number of Covid tests on daily basis by the department. He said that isolation centers should be established at the village level also. Rural families, who do not have separate facilities for isolation of Corona patients, would be benefitted from setting up these centers.

Secretary to the Governor Rakesh Kanwar and Deputy Director Health Dr. Ramesh Chand were also present on the occasion. 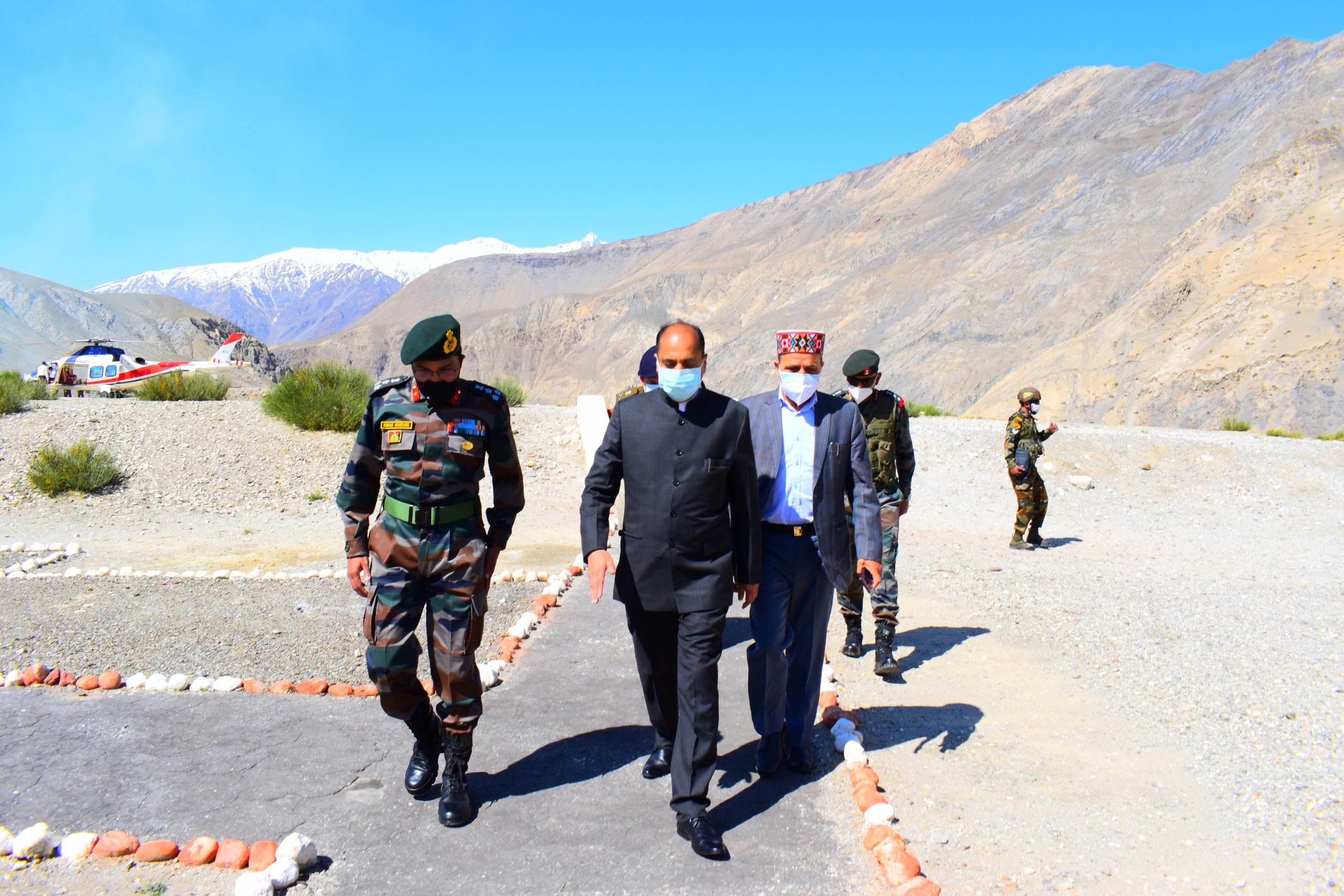 Chief Minister Jai Ram Thakur while interacting with the officers of Indo-Tibetan Border Police (ITBP), Dogra Scouts and 15th Bihar Regiment at Army Helipad Samdo in Lahaul-Spiti district today appreciated the role of army personnel in protecting the frontiers of the Nation.

Jai Ram Thakur said that it was due to their commitment and efficient duty despite difficult topography and harsh climatic conditions that we were safe and able to live without any fear. He said that the services being provided by the Army personnel were source of inspiration to all.

Chief Minister said that Spiti valley has achieved 100 percent target in vaccination of people of above 45 years for which the district administration and health department deserves appreciation. He said that the highest Village connected with motorable road in the world, Komik has achieved cent percent target in vaccinating people above 18 years which was matter of pride for not only the people of this landlocked district but also for the State as a whole.

Chief Minister said that he would soon visit Spiti valley as soon as situation becomes normal from Corona virus.

Chief Minister Jai Ram Thakur while interacting with media at Reckong Peo in Kinnaur district today said that State Government was committed for welfare and development of tribal areas and has considerably enhanced the budget under Tribal Sub Plan.

Chief Minister said that the Government was ensuring that pace of development goes uninterrupted even during the Covid-19 pandemic. He said that the State Government has decided to give certain relaxation from 31st May, 2021 by allowing shops and other business establishments to remain open for five hours from 9.00 am to 2.00 pm for five days a week. He said that Government offices would also function with 30 percent attendance. He expressed satisfaction that the number of Covid cases have been brought down from 40, 000 to 18000, but the increase in number of Covid deaths was still a matter of concern.