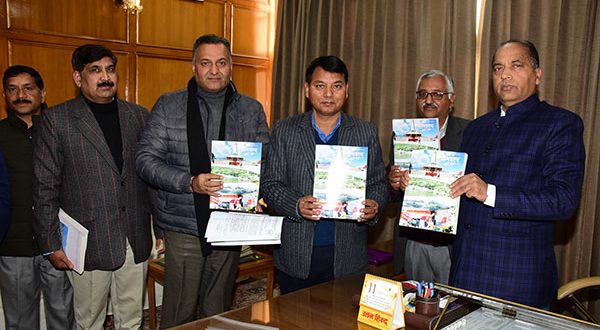 Chief Minister lauded the efforts of the department in bringing out such issue and said that the special publication would help in compilation of glorious history, culture, socio economic scenario of Sirmaur district one platform. He said that Sirmaur district has a rich history, culture and other aspects of the life which will help the researchers and younger generation to know about the repository of the district. He said that this is the sixth publication on districts of the State. Earlier, publications of such type had been brought out on Kullu, Mandi, Shimla, Una and Solan.

Jai Ram Thakur said that ‘Himpratstha’ magazine was being brought out since 1955 regularly which has covered various aspects and it was proving boon to the writers especially budding writers.

Previous: CM directs departments to work with coordination for two years celebrations
Next: CM releases calendar for the year 2020