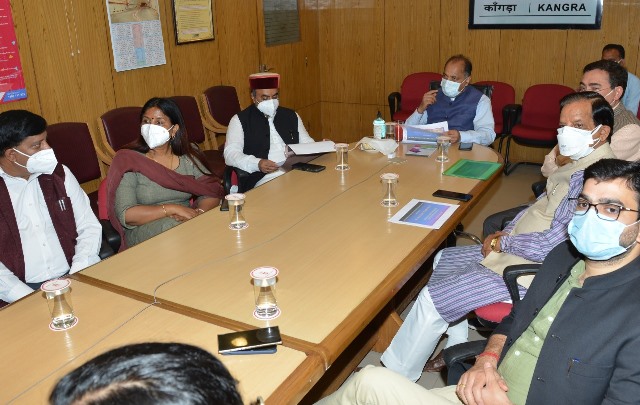 Chief Minister Jai Ram Thakur today while reviewing Covid-19 situation in Kangra district at Dharamshala expressed concern over the increase in number of Covid related deaths in the district and felt need for ensuring that the serious patients be shifted to health institutions immediately from home isolation so that proper treatment could be made available to them.

Jai Ram Thakur said that keeping in view the gravity of the situation, the State Government was also increasing ICU beds in the health institutions of the State. He said that 20 additional ventilators have been provided for Dr. Rajendra Prasad Medical College, Tanda and 25 additional ventilators for IGMC, Shimla. He said that arrangements have been made to ensure adequate supply of oxygen in Civil Hospital, Nurpur.

Jai Ram Thakur also interacted through video conferencing with Covid patients admitted in Zonal Hospital Dharamsala and Dr. Rajendra Prasad Government Medical College, Tanda. Besides inquiring about their health he also enquired about the treatment and quality of service being provided to them in the hospital.

Chief Minister also took stock of the progress of Makeshift Covid Hospital, Paraur through video conferencing and directed the executing agency to complete this at the earliest. He was apprised that this Makeshift Hospital would be completed within 2-3 days.

Jai Ram Thakur said that Severe Acute Respiratory Illness (SARI) Ward had been started at Ayurvedic Hospital Dehra to cater to the health problem of the people of the area. He said that similar ward has already been made functional at Palampur few days ago.

Greenko Group, one of the largest clean energy companies in India, provided the first consignment of 30 large medical oxygen concentrators with 10 litres per minute capacity to Himachal Pradesh to fight Corona pandemic in the State here today. General Manager, Anup Banyal and Deputy General Manager Vinod Kumar of the company handed over the consignment. 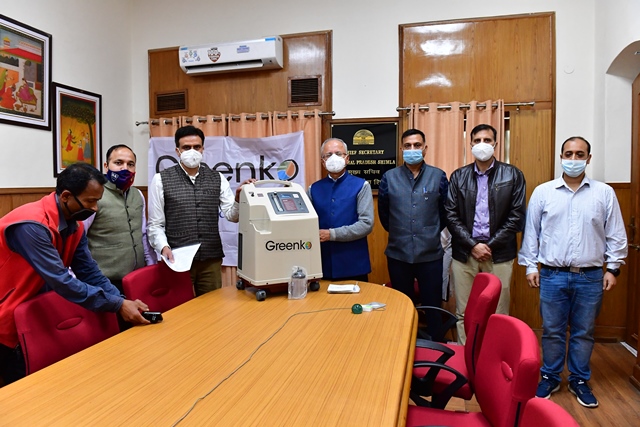 The consignment was received by the Chief Secretary Anil Khachi. The second consignment of 20 oxygen concentrators is in transit and would be delivered in a week’s time.

Chief Secretary thanked the Greenko Group for this noble gesture and said that this would go a long way in fight against Covid-19.