Chief Executive Officer BBNDA Vinod Kumar apprised the Chief Secretary of the various developmental projects being undertaken by BBNDA. He apprised that an experimental farm at Common Effluent Treatment Plant (CETP) site has been prepared where crops have been sown with technical guidance of the Agriculture department. The Chairman directed the CEO, BBNDA to prepare plan in advance to test check the reaped crop from agricultural experts and publicize it among the farmers, industrial units and general public to use the recycled water of CETP.

It was informed that 1011 dwelling units have been constructed for replacement of jhuggies from the private land to low cost housing.  It was also informed that 116 tenders have been awarded for various developmental works by BBNDA in the financial year 2018-19 and the works are in progress. Dr. Baldi directed the authorities to earmark the land for development of Bulk Drug Park in Tehsil Nalagarh of District Solan. He directed BBNDA to provide funds of Rupees five lakh per annum to the Police Department maintenance and internet connectivity of CCTVs camera installed at different locations in the area.

Later, Dr. Shrikant Baldi also presided the meeting of Shimla Jal Prabandhan Nigam Limited in which discussion was held on proposed site plan for construction of Bulk Water Supply to Shimla from River Sutlej at Shakrodi, (Sunni). Preparation of Service Improvement Plan (SIP) supply, installation, construction of raw water transmission pipeline, design and detailed engineering of Water Treatment Plant at Shakrodi was also discussed in the meeting. A decision on recommended qualification criteria for bidders, commercial conditions of contract and technical conditions of the project was also held during the meeting. 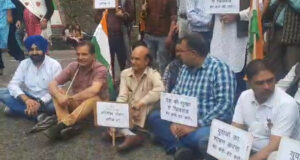 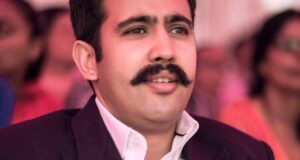 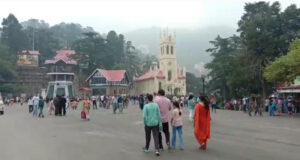