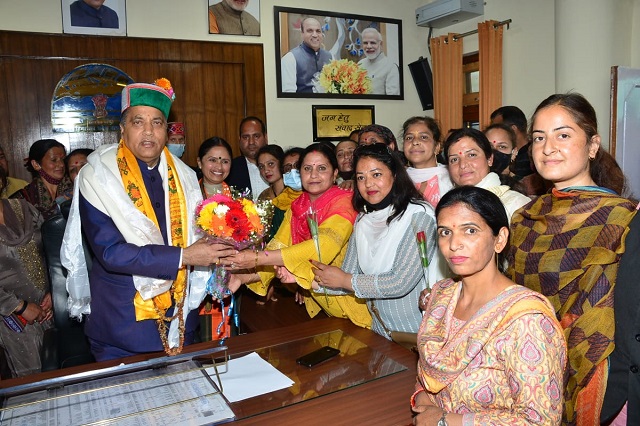 Jai Ram Thakur said that the State Government would also formulate a policy regarding the services of Panchayat Chowkidars.

Another delegation of ASHA workers also called on the Chief Minister and thanked him for increasing their honorarium by Rs. 1,825 per month. He said that with this the total increase of Rs. 3,700 per month has been made during the tenure of present Government.

President BMS Madan Rana thanked the Chief Minister for being considerate towards various demands of different sections of the society.