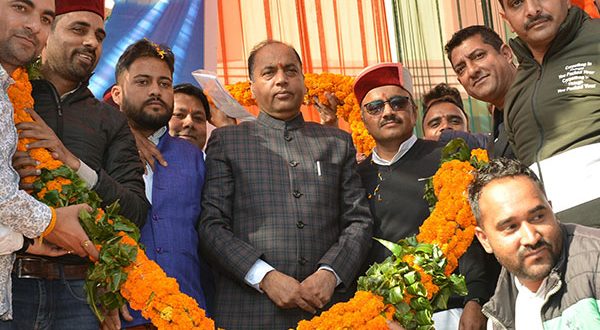 While addressing a largely attended public meeting at Dussehra Ground at Parwanoo in Kasauli Vidhan Sabha area of Solan district today, Chief Minister Jai Ram Thakur announced opening of SDM Office for Kasauli Assembly Constituency and also setting up of a modern Agriculture Market at Parwanoo to facilitate the farmers of the region. He also announced establishing Sub Tehsil at  Parwanoo. 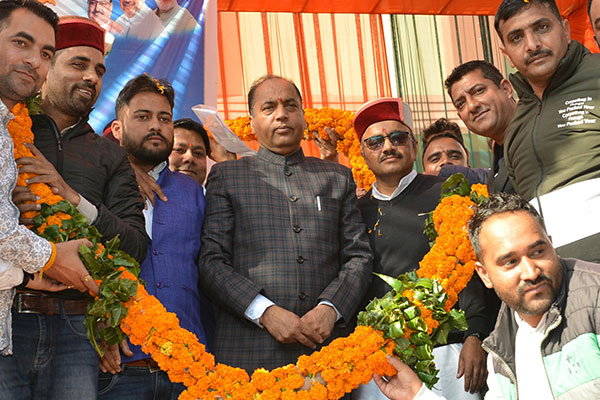 Chief Minister said that the last two years have been witness to unprecedented development of all areas of the State and welfare of the all sections of the society. He said that even the opposition leaders have no issue against the State Government and was desperately trying hard to rake up baseless issues against the State Government to simply remain in news. He said that people of the State were rock solid behind the Government. Landslide victory of the BJP candidates in the State in Lok Sabha elections and bye elections to two assembly constituencies is testimony to it, he added. 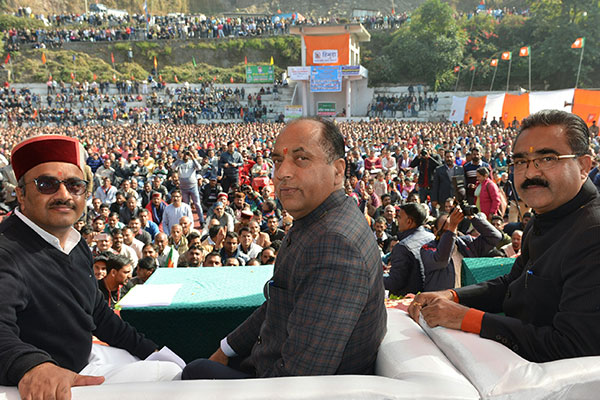 Jai Ram Thakur said that the BJP government was formed again in the country under the able leadership of Prime Minister Narendra Modi, which has ensured uninterrupted pace of development but also ensured that the reins of the country were again handed over to Narendra Modi for ensuring a strong and vibrant India. He said that the State Government was working with single objective of balanced development of the State. 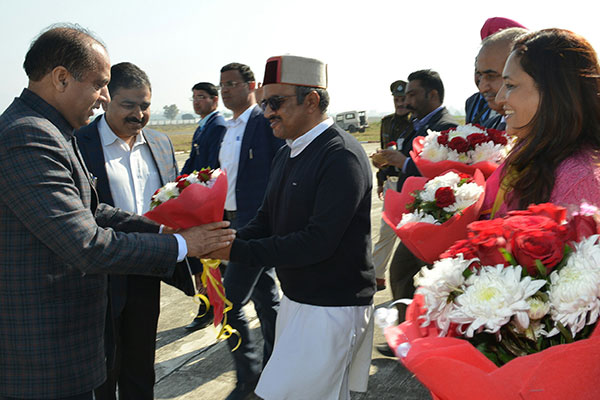 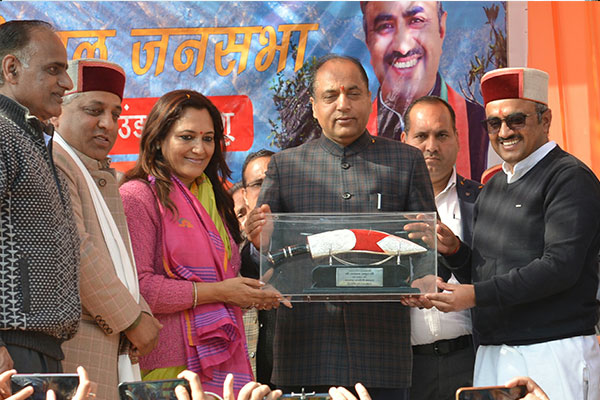 Earlier, on his arrival at Parwanoo, Chief Minister was accorded rousing welcome by people of the area.  Various political, cultural and social organisations also honoured the Chief Minister on the occasion.

Chief Minister inaugurated upgradation of road from Patta Brawari to Haripur constructed by spending an amount of Rs. 124.30 lakh and of Science lab of Government Senior Secondary School Bhojnagar completed at a cost of Rs 82.38 lakh.

Industries Minister Bikram Singh said that being himself from a humble background, Chief Minister well understands the developmental needs of the common man. He said that in order to uplift socio-economic condition of underprivileged and poor, the Chief Minister during these two years has launched several schemes in the State. He said that Jan Manch, Gharini Suvidha Yojna, HIMCARE, Pension Scheme, Sahara Yojana, etc have proved blessing for lakhs of people of the State.

Social Justice and Empowerment Minister Dr Rajiv Saizal while welcoming the Chief Minister in his home constituency said that soon after assuming the reins of the State,  Chief Minister took an historic decision to lower the age for senior citizen to avail the old age pension benefits without any income limit for 80 years to 70 years. He said that several other welfare schemes have been launched to ensure socio-economic upliftment of the poor and the downtrodden. He also detailed various developmental demands of the area.