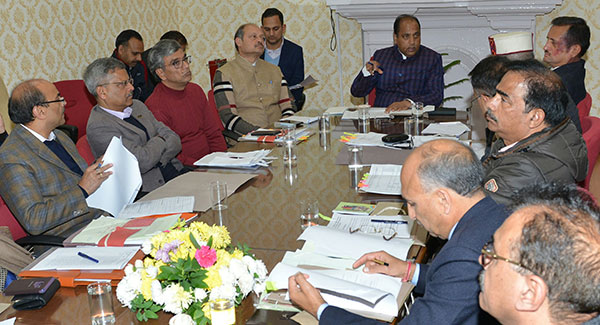 While presiding over review meeting on developmental projects being executed in Seraj Assembly Constituency of Mandi district, Chief Minister Jai Ram Thakur today at Shimla directed the officers to complete the developmental projects within the stipulated period so that cost of escalation of the projects could be averted, besides providing facilities to the people in time.

Jai Ram Thakur said that State Government was committed to ensure balanced and uniform development of every parts of the State with special emphasis on development of those areas which have remained neglected due to one reason or the other.   He said that top most priority should be accorded for construction of roads and bridges in the area. He said that Gadagusaini- Chhatri   road should be declared as major district road and work on double lane bridge at Hanogi on Hanogi-Kholanal road must be expedited. 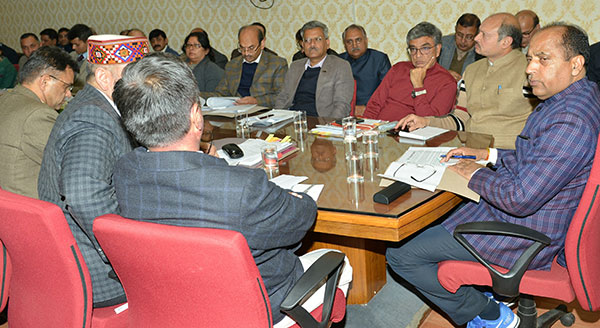 Jai Ram Thakur said that adequate funds would be released for construction of CHC building at Balichowki and Gadagusaini. He said that similarly construction of PHC building at Chhatri should be completed within stipulated time period. He also laid stress on filling up of vacant posts of doctors and para medical staff and teachers in health and educational institutions.

Chief Minister also reviewed progress in respect of education, horticulture, agriculture, rural development and panchayati raj departments and directed the officers to ensure time bound completion of works of their respective departments so that benefits of development could reach the people at the earliest.

Principal Secretary to Chief Minister Sanjay Kundu conducted the proceedings of the meeting.