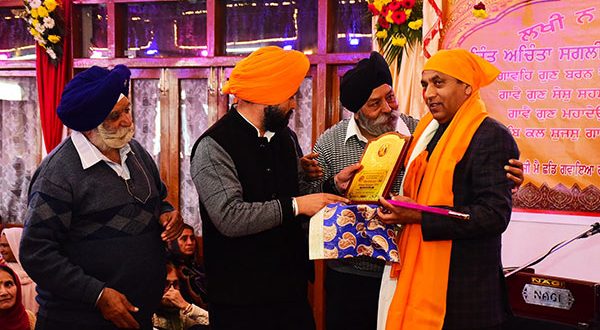 Chief Minister Jai Ram Thakur while addressing the people on the occasion of State level function of 550 Years of Prakash Parv of Shri Guru Nanak Dev ji at Sri Gurudwara Sahib Bus Stand Shimla today amid chanting of ‘Shabd Kirtan’ organized by Shri Singh Sabha Shimla, he said that according to Sri Guru Nanak Dev the Almighty was omnipresent, shapeless, timeless, and sightless. 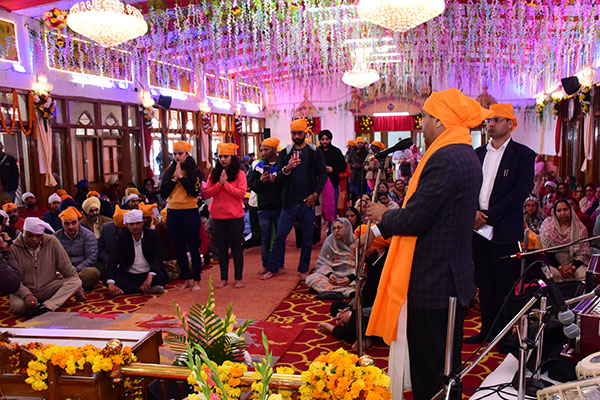 The Chief Minister said that Sri Guru Nanak was known for his political, social and spiritual beliefs, which were based on love, equality, fraternity and virtue. He travelled to far off places and preached the message of ‘One God’ and that “God constitutes the eternal truth” and he resides in his creations, he added. 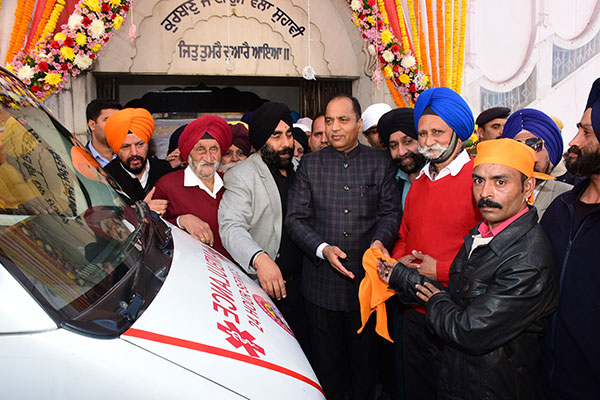 On this occasion, Chief Minister also handed over the keys of ambulance donated by Shimla Gurudwara Prabanthak Committee to the driver.