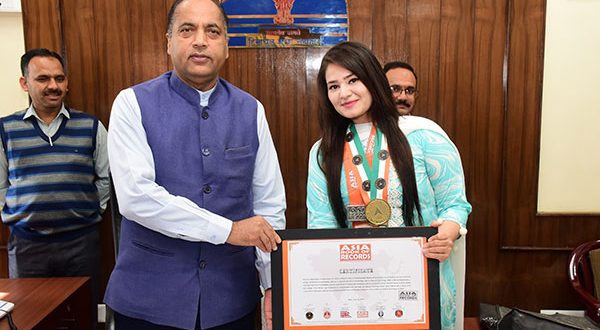 Dr. Bhawna Sokta from Kotkhai of Shimla district called on Chief Minister Jai Ram Thakur here today and apprised him about achievements she had attained at a young age of 27 years. 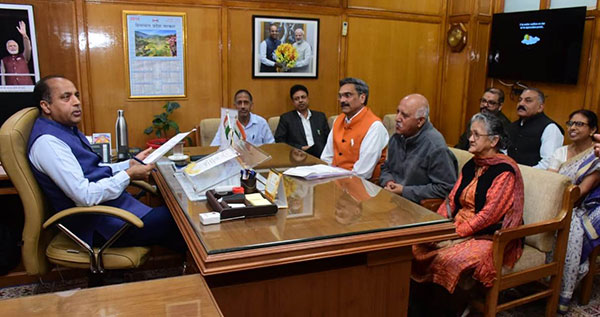 The Chief Minister appreciated her achievements in various fields and said that her feats were inspiring for the youth of the State particularly for the girls.  He expressed happiness that there is no dearth of intelligence in the State and wished her grand success for bright future. 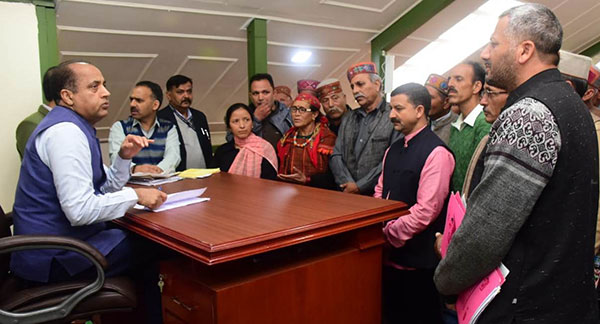 Dr. Bhawna Sokta informed that she had completed four degrees and one certificate course besides had played boxing and volleyball at State and district levels. She has received several honours and awards such as ‘International Honour’ in Asia Book of Records and ‘National Honour in India Book of Records’ with a unique title ‘A Proficient Young Women’.