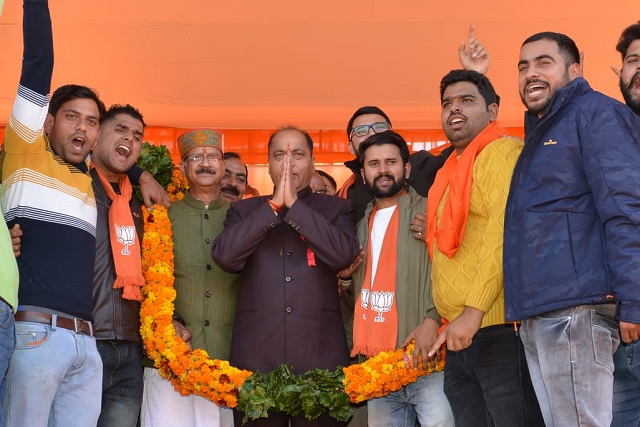 Chief Minister said that Jal Jeevan Mission started by the Prime Minister Narendra Modi has ensured that every household in the State get tapped drinking water. He said that due to the commitment and concerted efforts of the State Government, Himachal Pradesh has emerged as a first State in effective implementation of this scheme. He said that not even a single bridge was constructed in the constituency during the tenure of previous Congress Government, whereas six bridges have been constructed during the last four years in the constituency.

Jai Ram Thakur said the State Government has opened a PWD Division at Jaisinghpur to ensure proper maintenance and construction of roads and bridges in the area. He said that although the pandemic adversely affected the economy of the country and the State, but Himachal Government ensured that pace of development goes uninterrupted. He said that the people of the country were fortunate that during this testing time the country was led by the able leadership of Prime Minister Narendra Modi. He said that even the leading independent agencies in their survey has adjudged Prime Minister as most popular leaders of the world. 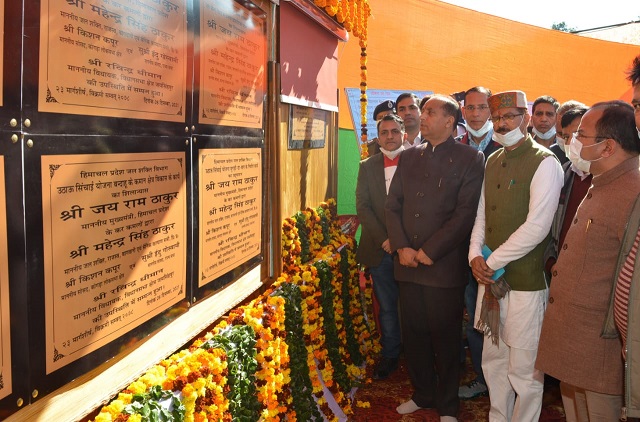 Later the Chief Mnister also inaugurated press club building at Jaisinghpur constructed at a cost of Rs. 13 lakh. He announced rupees five lakh for press club Jaisinghpur for purchasing of furniture, computer and other essential amenities.

MLA Jaisinghpur Ravinder Dhiman while welcoming the Chief Minister to his home constituency and thanked him for successfully guiding the State at the time of the pandemic. He said that it was due to commitment and dedication of the state government that the State has achieved the target of cent percent vaccination of the targeted eligible age group.

He thanked the Chief Minister for dedicating developmental projects worth crores of rupees and laying foundation stone of about  Rs. 60 crore augmentation of Lift drinking water scheme Adrana Badan, Alampur, Harsi Sandhol, Tikkeri Ghumarnu, Uppar Lambagaon, Harot Karan Ghat, Uttrapur, Sakoh, Jaisinghpur and Jalet Bhatti, which would solve drinking water problem of the thousands of people of the area. He also detailed various developmental demands of the area. He said that during the last five year tenure of  Congress only Rs. 15 crore projects of Jal Shakti were executed in the Vidhan Sabha area, whereas during the present tenure water supply projects worth over Rs. 45 crore were sanctioned and implemented in the area.