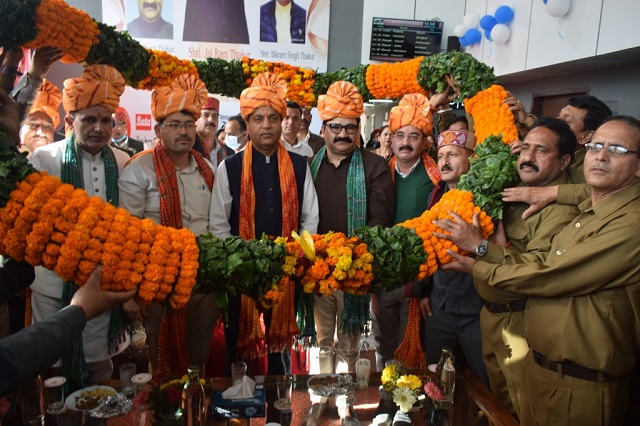 He presented an amount of Rs 91.27 lakh in the form of Nazarana, Bajantri allowance, travel allowance for discharging the God tradition during the International Dussehra festival.

He inaugurated the newly constructed modern bus stand building in Kullu with an expenditure of Rs. 50 crore, tehsil office building at Kullu at cost of Rs. 2.79 crore, foot over bridge constructed at Sarvari with an expenditure of Rs. 56 lakh and inaugurated the Sub-Tehsil Office at Jari in Manikaran valley.  He also laid the foundation stone of Academic Block-B Building in Polytechnic College Seubagh to be constructed at a cost of Rs.11.41 crore and Rs. 9.73 crore boys hostel.

Chief Minister said that India is a country with rich artistic talent. The handicraft business in the country is not only historical but the nation is also endowed with cultural heritage. He said that handicrafts trade is creating employment opportunities for crores of countrymen, especially for the people of rural areas.

Jai Ram Thakur said that the Shilp Mela would prove beneficial to small entrepreneurs, traders, artisans and craftsmen to showcase and sell their products.     He said that the State Government is making all out efforts to promote handicrafts and handloom sector and to open Weaver Service and Design Resource Center in Kullu to benefit the weavers.

Jai Ram Thakur said that the State Government has decided that “Zero Billing” would be done for consumption of up to 60 units of electricity benefitting about 4.50 lakh domestic consumers. He said that cheaper electricity would also be provided at the subsidized rate of Rs.1 per unit which would benefit over 7 lakh domestic consumers consuming between 61 to 125 units.

He urged the people of Dev Samaj to aware people against drug abuse and participate in cleanliness drives.

Education, Language, Art and Culture Minister Govind Singh Thakur expressed his gratitude towards Chief Minister for inaugurating and laying foundation stones of developmental projects worth crores of rupees in district Kullu. He said that Kullu is famous on the world map from tourism point of view and there was an immense requirement for a state-of-the-art bus stand. 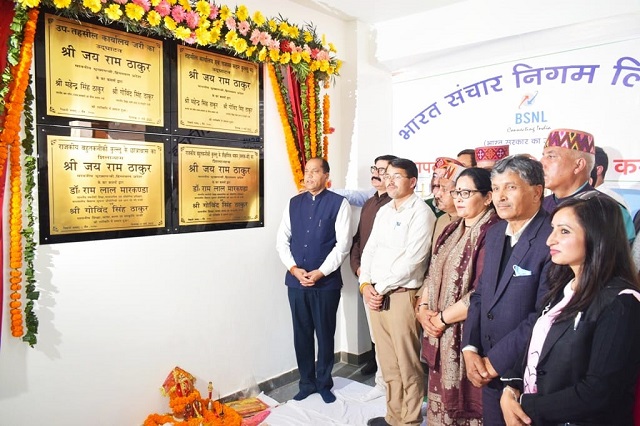 He said that with the construction of a modern bus stand in Kullu at a cost of Rs 50 crore, better facilities would be available to the domestic and foreign tourists besides local people. He said that the foot over bridge constructed at Sarwari would provide better and safer facility to the people to cross the road. He said that with the opening of sub-tehsil office in Jari of Manikaran valley would benefit people of Malana villages of Kullu district along with the people of seven Patwar circle of the valley.