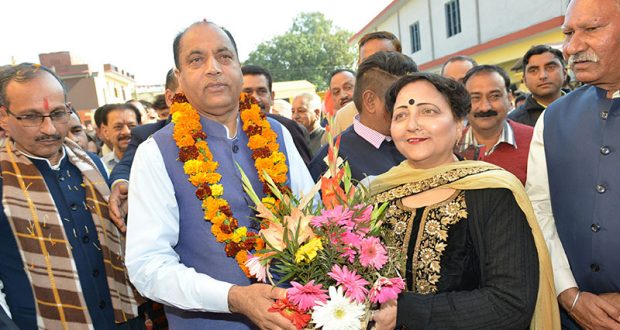 Announces Rs. four crore for flood management in the area

Chief Minister also announced Rs. 20 lakh for harijan basti lower Kangar road and Rs. 15 lakh for Una-Jajon road. He said that building of Government Senior Secondary School Dhakki (Panjwar) would be constructed soon. He announced opening of Primary School at Kelua and Ayurvedic dispensary at Kangar. He said that efforts would be made to recruit Punjabi language teachers in schools of bordering areas.

Chief Minister said that he has visited Haroli Vidhan Sabha area for the fifth time during last two years. He said today he has laid foundation stones of developmental projects worth Rs 65 crore in Haroli Vidhan Sabha area. He said that it was unfortunate that during the tenure of the previous State Government hundreds of crores rupees were wasted on construction of unmindful projects in the area, which still were lying un-utilised. He said that even the present State Government was finding it hard to properly utilise these unused buildings.

Jai Ram Thakur thanked the people of the State for giving wholehearted support to the State Government which is the biggest asset and motivational force of the Government. He said that the BJP won in all the four parliamentary seats with a record margin not only this, BJP won in both bye elections of Dharamshala and Pachhad Assembly Constituencies.

Chief Minister said that abrogation of Article 370 has ensured that India has One Flag, One Constitution and One Nation. He said that the decision of the Hon’ble Supreme Court regarding Sri Ram Temple has also paved the way for construction of a magnificent Ram Temple. He said that this decision was welcomed by one and all. He said that Jan Manch programme of the State Government has ensured that public grievances were redressed on the spot at their door steps. Going a step forward, now the State Government has started Mukhiyamantri Sewa Sankalp Yojna 1100 for redressal of public grievances at the earliest. 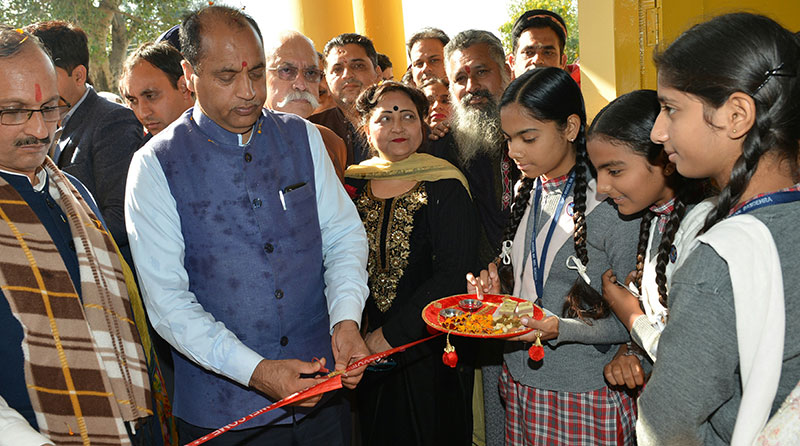 He performed Bhumi Pujan of Una Nangal Road at Behdala for upgradation of Raipur Ghandawal Road to Abada Barana under NABARD by spending Rs. 2.97 crore.

He also performed Bhumi Pujan of upgradation of Behdala to Jakhera Road by spending Rs. 3.02 crore. 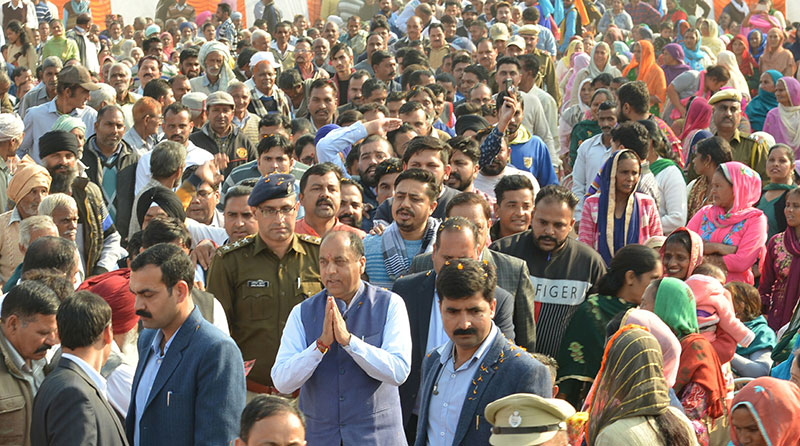 He also performed Bhumi Pujan of strengthening of Bathu-Bathri Industrial Corridor to be completed by spending Rs 2.87 crore.

Chief Minister laid foundation stone of for providing Multi Villages Piped Water Supply Scheme for to be complete by spending about Rs 30 crore. 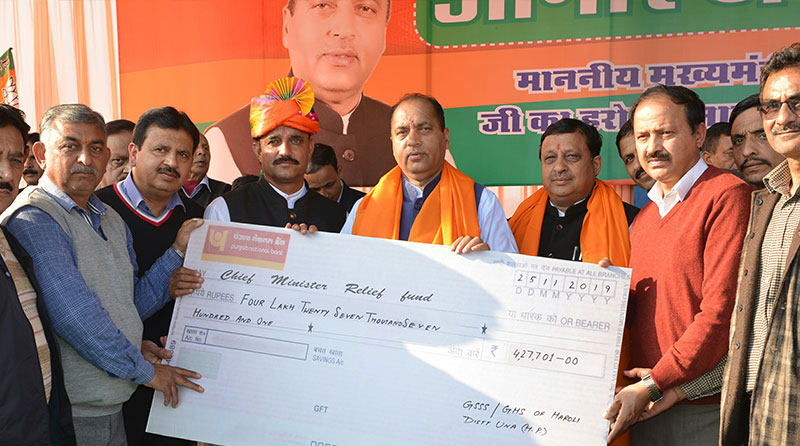 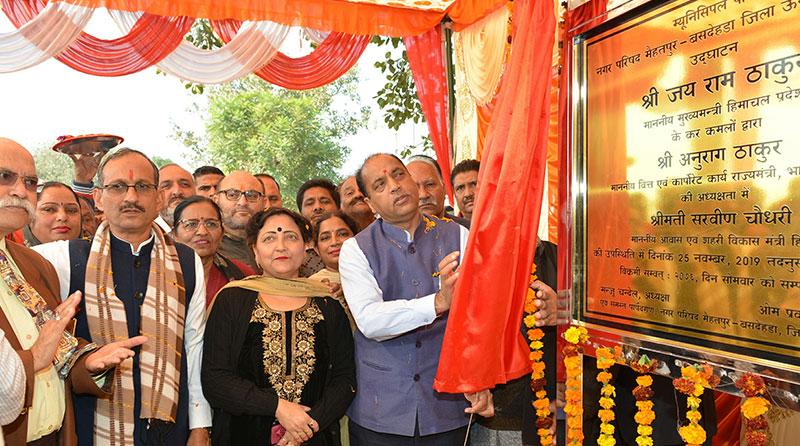 Vice Chairman SIDC Prof. Ram Kumar, while welcoming the Chief Minister, said that the people of Haroli has witnessed unprecedented development during the last two years. He thanked the Chief Minister for dedicating developmental projects worth crores of rupees for the area. He said that the very first decision of the State Government was to reduce the age limit for availing the old pension facility from 80 years to 70 years without income limit, thereby benefitting lakhs of people of the State. He urged the Chief Minister to establish Gau Sadan, IT Park, Potato Processing Factory, Tool Room in Haroli.