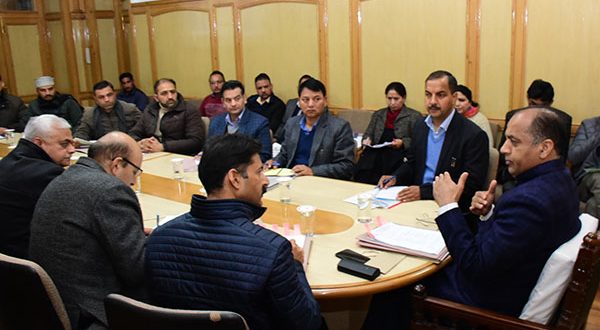 Chief Minister Jai Ram Thakur directed the officers of different departments to work with coordination to ensuring successful organization of two year celebrations of the present State Government slated for 27th of this month. He was presiding over the meeting to review the arrangements being made for making this event successful.

He directed the police and district administration to ensure the free flow of traffic during the rally so that commuters especially tourists do not face any inconvenience due to this mega event.

Chief Minister also directed the officers concerned to ensure adequate arrangements of drinking water and mobile toilets besides ensuring cleanliness of the rally area to facilitate the people coming from various parts of the State. He said that control rooms should be established in strategic locations to facilitate the participants.