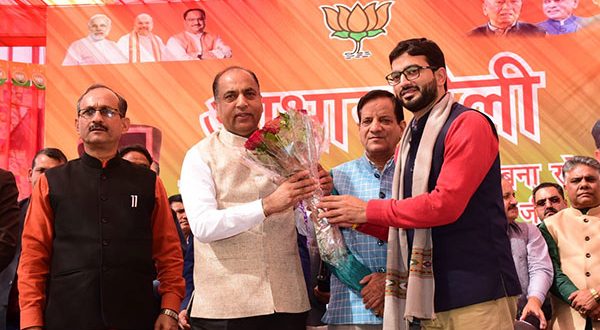 The present State Government has succeeded in getting MoUs worth Rs 82,000 crore signed till now with various prospective entrepreneurs to invest in various sectors in the State against the target of Rs. 85,000 crore which will bring sea change in Himachal Pradesh when these are implemented.

This was stated by the Chief Minister Jai Ram Thakur while addressing the ‘Abhar Rally’ at Zoravar Stadium, Dharmashala in Kangra district today organised to thank the people of Dharamshala for ensuring impressive victory of the BJP candidate Vishal Neharia in the recently held by-elections to Dharamshala Assembly constituency. 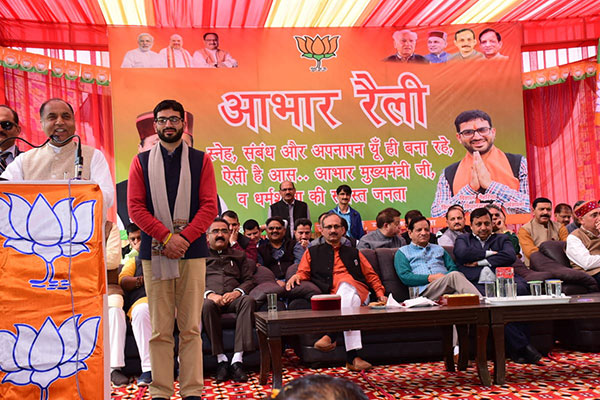 Jai Ram Thakur said that the BJP got support from every section of society and has expressed faith in the dynamic leadership of Prime Minister Narendra Modi. He said that Dharamshala was not only the headquarters of biggest district of the State, but it was also on world tourist map due to its natural beauty and as an abode of His Holiness Dalai Lama. He said that the people were fortunate that Prime Minister has also considered Himachal Pradesh as his second home.

Chief Minister said that the State Government was organising the Global Investor’s Meet at Dharamshala, which shows that the concern of the Government for development of Kangra district. He said that Prime Minister Narendra Modi would preside over the inaugural function on 7th November and Home Minister Amit Shah would be presiding over the valedictory function on 8th November. In addition to this, senior Union Ministers were also participating in the Meet, he added.

Jai Ram Thakur said that the Opposition leaders were making much hue and cry regarding Investor’s Meet. He said that the Union Government has provided Rs. 12 crore as assistance for organising this Meet. It was strange that the three major Congress ruled states of the country had also organised such type of Meets, but now when Himachal Pradesh was organising it, the Congress leaders were finding a flaw in it. He said that the adequate funds would be provided for Smart City Dharamshala for its systematic development so that it could emerge as a best tourist destination.

State BJP President Satpal Satti said that the credit of this victory goes to each and every party worker of the BJP who ensured that no stone was left unturned to motivate the people to give their wholehearted support to the BJP candidate Vishal Neharia. He expressed hope that Vishal Neharia would prove an asset for the party and work with dedication and commitment. 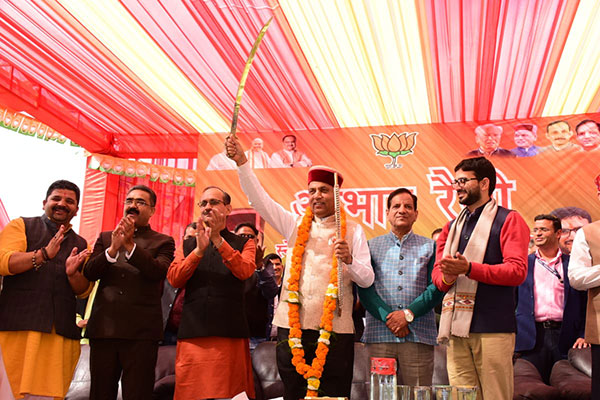 Member of Parliament Kishan Kapoor said that efforts should be made to ensure that more and more entrepreneurs show their interest in investing in Kangra and Chamba districts.