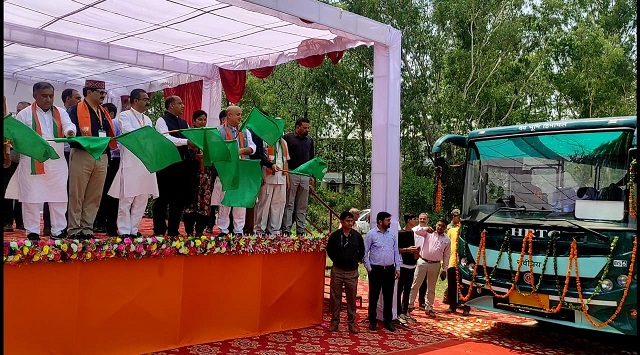 Chief Minister Jai Ram Thakur flagged off a fleet of 16 buses from Hamirpur today as part of 195 new buses the State Government has purchased for Himachal Road Transport Corporation to ensure comfortable and safe journey to the commuters.

While interacting with media on the occasion, the Chief Minister said that as per his budget announcement last year 205 new buses were to be purchased by the HRTC. He said that a fleet of 87 buses had already arrived and remaining buses would reach the State very soon. He said that these buses would replace the old and worn out buses in the fleet of State Transport.

Chief Minister said that all these buses would be as per BS-VI specification and equipped with several latest facilities like CCTV Camera, rear view camera, VLTD tracking system etc.