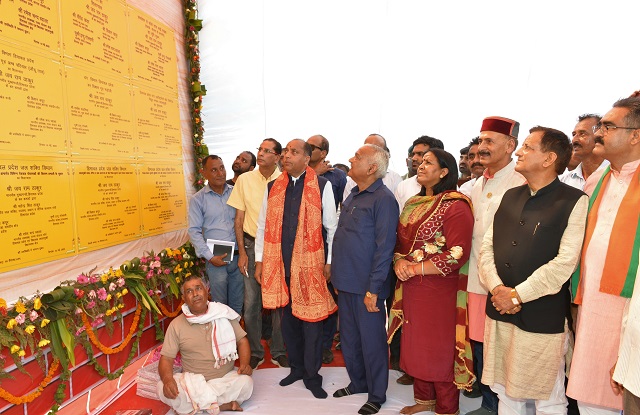 While addressing a largely attended public meeting at Jawalamukhi, Chief Minister announced opening of PWD Division at Jawalamukhi and Jal Shakti Vibhag Sub Division at Majheen.  He assured that opening of a Nursing College through Temple Trust would be considered sympathetically.

Chief Minister said that the world was adversely affected by the Covid-19 pandemic, but the Prime Minister Narendra Modi not only took timely decisions in the country to check spread of this pandemic, but also motivated the scientists to develop indigenous vaccines against this deadly virus. He said that a biggest vaccination campaign was successfully launched in the country under the able leadership of Prime Minister Narendra Modi.

Jai Ram Thakur said that the State Government has ensured that each and every area of the State gets due weightage in matter of development, with special focus on the areas which remained neglected due to one reason or other. He said that the present State Government was also committed for welfare of all sections of the society. He said that on the other hand the Congress was always busy in their own development and neglected the poor and the downtrodden. He said that not even a single scheme was initiated by the previous Government, which could be remembered for a long whereas on the other hand the present State Government has initiated several welfare schemes for the welfare of every section of the society, he added.

Chief Minister also presented a sapling to parents of a girl child under the ‘Ek Buta Beti Ke Naam’. 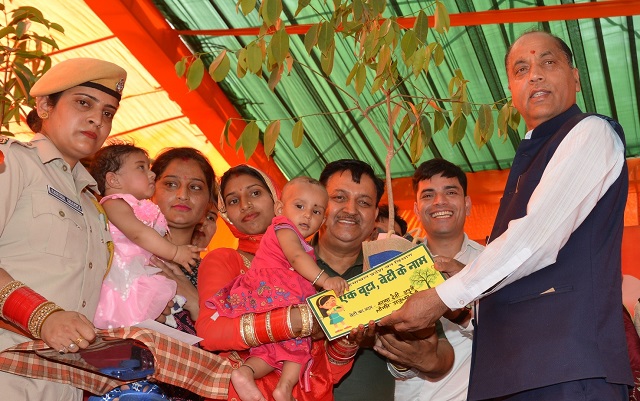 MLA and Vice Chairman State Planning Board Jawalamukhi Ramesh Chand Dhawala, while welcoming the Chief Minister, detailed various developmental demands of the area. He said that people of the State were fortunate that the State was today being headed by a simple and an honest Chief Minister who was endeavouring hard to make Himachal Pradesh frontrunner State of the country in the matter of development. He also thanked the Chief Minister for providing fifty per cent concession in State Transport buses to the women of the State, besides providing free water in rural areas. He said that several welfare schemes initiated for welfare of the poor and downtrodden have proved a boon for improving their socio-economic conditions. He also cautioned the people against the false promises and tall claims being made by AAP leaders. He said that the Congress Party on the other hand was a divided house. He said that the BJP would again form the Government in the State under the able leadership of Chief Minister Jai Ram Thakur. He said that developmental works worth Rs. 250 crore were going on in his constituency.