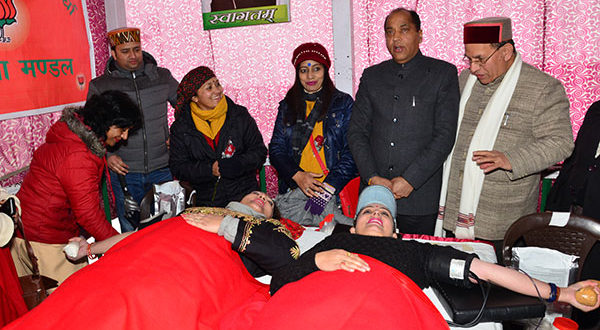 The 55th Birthday of Chief Minister Jai Ram Thakur was celebrated with great zeal and enthusiasm here today. People from all walks of life gathered at Chief Minister’s official residence ‘Oak Over’ and wished healthy and long life to the Chief Minister.

Wife of Chief Minister and Chairperson, State Red Cross Hospital Welfare Section, Dr. Sadhna Thakur was also present amidst wishes pouring for longevity of the Chief Minister from all over the State.

Ministers, MLAs, Chairmen and Vice-Chairmen of various Boards and Corporations, senior Civil and Police officers and thousands of people from all over the State were present on the occasion. 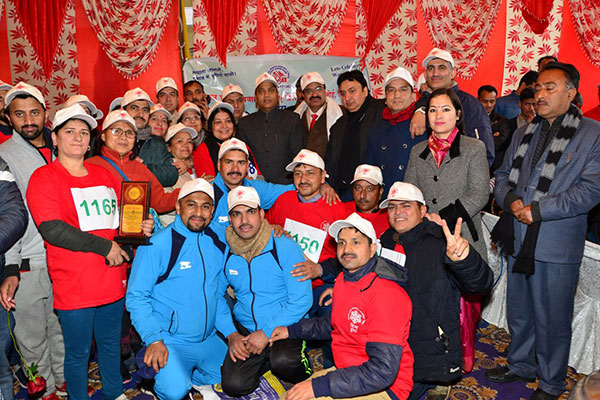 The Digital Subtraction Angiography machine is used for diagnosing and treating disorders like brain stroke, cancer, bleeding from lungs, intestines, uterus and kidneys. This machine would facilitate the people to avail this facility within the State.

Chief Minister said that Mukhya Mantri Gram Kaushal Scheme will encourage the artisans to preserve the traditional arts, handloom and handicrafts of the State besides motivating the young generation to learn about these conventional arts and handloom.

Jai Ram Thakur said that   95 thousand BPL families would be brought in the fold of ‘Utthan’ under Antodaya Mission programme during this year in addition to 5000 families of poorest of the poor on the recommendations of Deputy Commissioner.

Under DEWI programme, awareness would be generated about hygiene and cleanliness among the women folk.