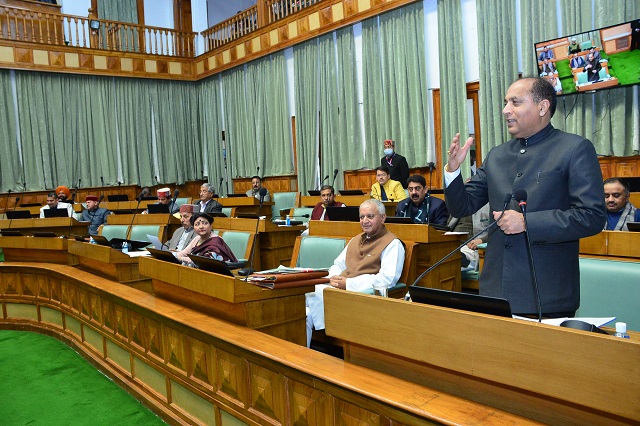 While addressing the people on the occasion Chief Minister said that the State Government was committed to provide quality health services to the people of the State nearer to their homes. He said that efforts were being made to strengthen health infrastructure in the State.

Jai Ram Thakur said that the State Government during the Covid-19 pandemic through active cooperation of people of the State, not only ensured effective check on spread of this virus but also emerged as champion in vaccination campaign. He said that even the Prime Minister Narendra Modi has appreciated the efforts and steps taken by the State Government in covid-19 management. He said that in order to provide health facilities in the far-flung areas of the State, 10 medical mobile units were being operated as Jeevandhara Mobile Health and Wellness Center.  He said that under this programme free medical consultation and screening for blood pressure, diabetes and cancer were also being done by the medical officers.

Chief Minister said that 40 mobile medical units would be operated by the organization to provide free quality primary health services in the State, through which a total of 960 villages of Kangra, Mandi, Kullu, Shimla and Solan districts of the State would be covered.  He said that Rs. 67 crore would be spent on this effort for a period of three years.

Jai Ram Thakur said that Mobile Medical Units (MMUs) were an innovative model of healthcare delivery that could help alleviate health disparities in vulnerable populations and individuals. By opening their doors directly into communities and leveraging existing community assets, MMUs can offer tailored, high-impact and affordable health care that responds dynamically to the community’s evolving needs, he added.

Education Minister Govind Singh Thakur said that the Hans Foundation was doing a commendable philanthropic work to help the suffering humanity. He said that the State Government during the Covid-19 not only performed exceptionally well in checking the spread of the virus, but also became first State in the country in administering first and second dose of vaccine. He said that free dialysis facilities would be provided to the patients in these Hans Renal Care Centres.

Chief Executive Officer, Hans Foundation Sandeep Kapoor while welcoming the Chief Minister and other dignitaries said that Hans Foundation was a registered public charitable trust established in 2009 by Shweta Rawat through inspiration of Mata Shri Mangla ji and Bhole ji Maharaj. He said that the Foundation works for the improvement of quality of life for underprivileged communities across India through Health, Education, Livelihood and Disability sector interventions. He said that the Foundation has planned to expand its program in other sectors such as livelihood in Himachal Pradesh