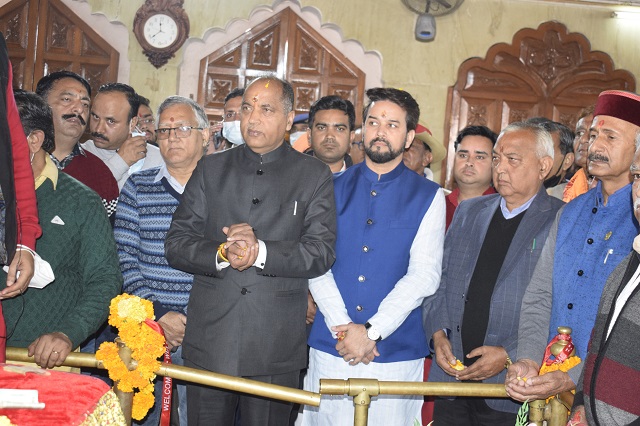 Chief Minister Jai Ram Thakur today inaugurated live telecast of Aartis of all the three Shaktipeeths situated in Kangra district. These Shaktipeeths includes Jwalaji, Brijeshwari and Chamunda. Earlier, he paid obeisance and performed pooja at the Jwalaji temple. He also, visited the place where a statue of Saint Aadiguru Shankaracharya has been installed in the premises of Jwalaji Shrine.

Jai Ram Thakur expressed hope that the daily live telecast of Aartis from the three Shaktipeets of Kangra district would help the devotees to pay obeisance and perform Pooja and Aarti from their homes.

Earlier, he attended the online function of Shri Kedar Dham in Uttrakhand presided over by Prime Minister Narendra Modi.