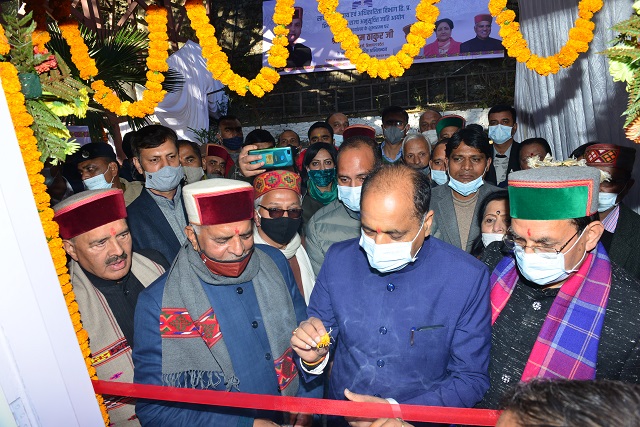 Chief Minister said that State Government was committed for upliftment of weaker sections of the society. He said that it was for the first time that the State Commission for Scheduled Castes was constituted in the State for safeguarding the interests of this community.

While remembering the Father of the Indian Constitution Dr. Bhim Rao Ambedkar, Chief Minister said that Dr. Ambedkar not only gave India the most comprehensive Constitution of the world but also ensured social justice to the vulnerable sections of the society.

Jai Ram Thakur assured that Government would provide adequate staff and budget for smooth functioning of the Commission. He said that members of the Commission would also be nominated soon so that it could function smoothly.

Urban Development Minister Suresh Bhardwaj also spoke on the occasion and highlighted the salient features of the Indian Constitution which guarantees equal rights to the citizens.