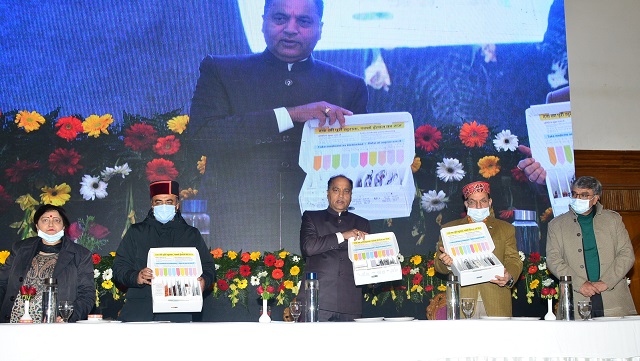 Chief Minister also launched three new health programs under the National Health Mission. Under Mission Drishti, the eyes of children of classes VI to XII would be examined and free spectacles would be provided as per the requirement. Under the School Health and Wellness Program under Ayushman Bharat Scheme, two teachers would be nominated as Health and Wellness Ambassadors from each school and would be trained on 11 aspects related to adolescent health. These ambassadors would further prepare at least two students of each class as Health and Wellness Messengers. At present, this program was being started in 3017 schools in six districts of Mandi, Kangra, Bilaspur, Una, Chamba and Sirmaur and later it would be extended to other districts as well.

Besides this, National T.B. eradication programme was also launched by the Chief Minister, which aims to make the State T.B. free by the year 2025. He also launched the booklets regarding guidelines regarding TB Eradication Programme and other publications of Health Department on the occasion.

Speaking on the occasion, Jai Ram Thakur said that it was a matter of satisfaction that today the State has 41 PSA Plants, 11543 D-Type, 3837 B-Type and 1400 A-Type Oxygen Cylinders and more than 5000 Oxygen Concentrators with a capacity to produce more than 95 metric tonnes of oxygen. He said that at one stage, the State had only two oxygen plants at Shimla and Tanda. He said that two CT scan machines have also been dedicated today by him one at Nahan Medical College in Sirmaur district and another Medical College in Chamba district at a cost of rupees five crore each. He said that these machines would help the people of Chamba and Sirmaur districts in ensuring better diagnostic facilities nearer to their homes. He said that since these machines are of 128 slices, they would ensure latest facilities to the patients.

Chief Minister said that the State government was working vigorously for eradication of TB, for which number of C.B. NAT machines was being increased in the state. He said that TB patients were being given financial assistance of Rs. 1500 per month in addition to this, Rs. 500 being provided by the Government of India’s per month during the period of treatment.

Jai Ram Thakur said that during the last three days, more than two lakh children in the age group of 15 to 18 years have been vaccinated in the State. He expressed hope that the State would also complete the vaccination of all eligible children at a fast pace and again become first State in the country to achieve this milestone.

Urban Development Minister Suresh Bhardwaj said that the State has successfully tackled the pandemic during the last two year and credit of this goes to the able leadership of Chief Minister Jai Ram Thakur and dedicated team of doctors, paramedical staff and other health workers. He said that the health institutions of the State has been strengthened during the last four years and State has emerged as a self-sufficient State in providing better and specialised health services to the people of the State.

Health Minister Dr. Rajiv Saizal said that the three programmes launched by the Chief Minister today would go a long way in making the State happy and healthy. He said that a new technology Medicine Event and Reminder Monitor (MERM) box was also being launched in the state. He said that Himachal Pradesh was performing best in TB eradication programme and expressed hope that the State definitely would achieve the goal of becoming the first TB free state in the country. 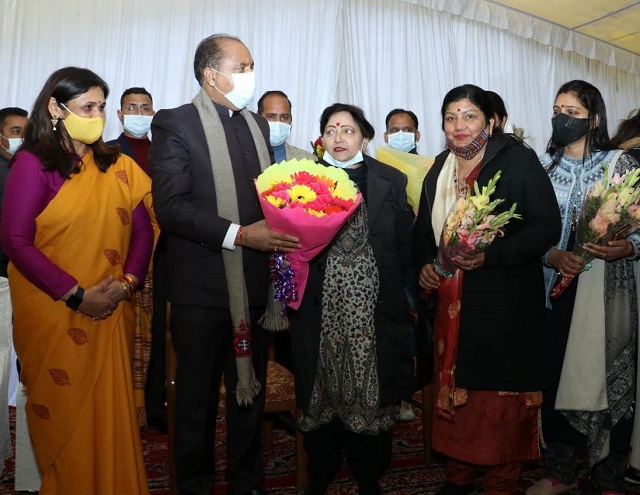 People from all walks of life greet CM on his birthday

The 57th birthday of Chief Minister Jai Ram Thakur was celebrated with great zeal and enthusiasm here today. People from all walks of life gathered at his official residence ‘Oak Over’ and wished healthy and long life to the Chief Minister. Wife of Chief Minister and Chairperson, State Red Cross Hospital Welfare Section, Dr. Sadhna Thakur was also present on the occasion.

Ministers, MLAs, Chairmen and Vice-Chairmen of various Boards and Corporations, senior Civil and Police officers and other people also wished happy birthday to the Chief Minister.