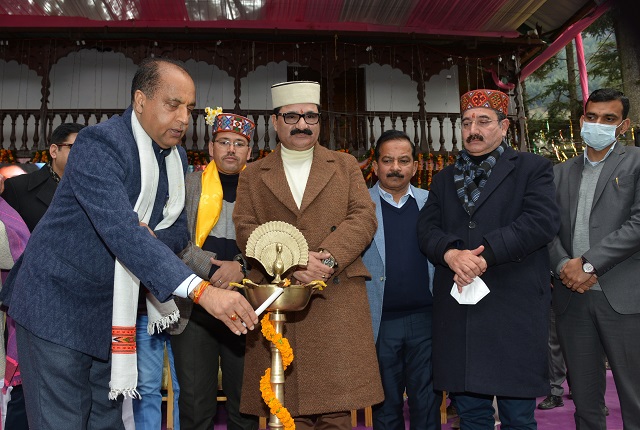 Inaugurates and lays foundation stone of projects worth Rs. 41 crore

Later, while addressing the public meeting the Chief Minister said that with the construction of new bridges and roads in the valley, various places would be developed as tourist places, which would boost tourism in the area. He said that the rock climbing wall would facilitate adventure sports enthusiasts and strengthened adventure tourism activities in Manali. The Beas Bihal Nature Park would provide clean and beautiful natural environment to tourists, besides providing employment opportunities to the local people.

He said that keeping in view the importance of forests, the state government is laying emphasis on expansion and strengthening of forest area. As many as 4,38,12,000 saplings have been planted during various Van Mahotsav organised during four years in the state. 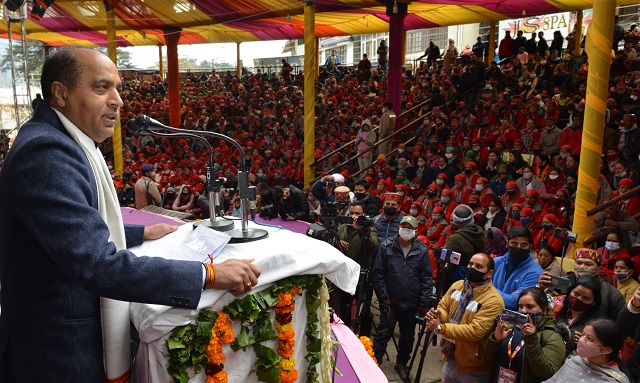 He also honoured Anchal Thakur of Manali for winning bronze medal in the International Skiing Competition held in Montenegro, Europe.

Education Minister Govind Singh Thakur said that the Winter Carnival Manali has immense significance in view of tourism, trade, preservation of traditional beliefs and culture. The carnival provides a platform to various artists of different states to showcase their talent.

He thanked the Chief Minister for inaugurating and laying foundation stone of projects worth crores of rupees in the valley and development of the valley.

Chairman, Municipal Council, Chaman Kapoor welcomed the Chief Minister and other dignitaries on the occasion.