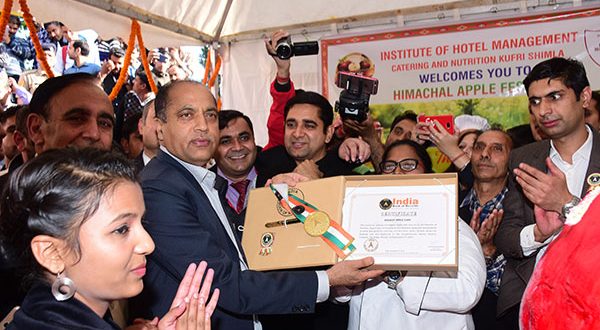 Apple is the backbone of agrarian economy of the State and it also has immense potential for attracting the tourists to have a glimpse of apple orchards. This was stated by Chief Minister Jai Ram Thakur while inaugurating the Himachal Apple Festival- 2019 hereat Gaiety Theatre today organized jointly by State Tourism and Horticulture departments. 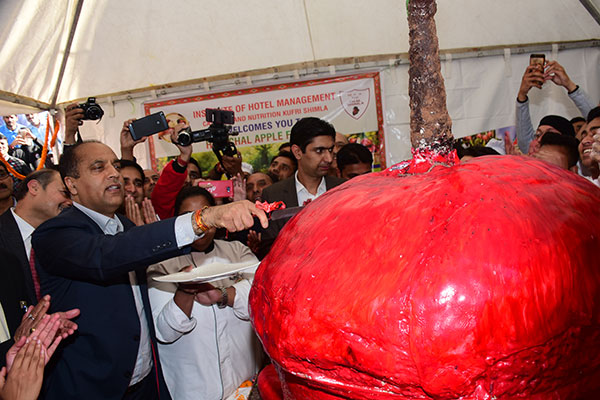 The Chief Minister said that the horticulturists of the State were adopting latest technologies which was proving a boon to them as they were getting remunerative prices of their produce. The apple growers should also go for latest varieties of apple so that they could compete with the apple coming other parts of the country and abroad. He said that the State Government would provide all possible help to the apple growers by providing quality inputs so that they can increase apple production.

Jai Ram Thakur said that on the occasion of World Tourism Day, the department has adopted ‘Himachal Apple Festival’ as theme which shows the importance of apple in the economy of the State. He said that apple cultivation and apple orchards could prove an added attraction to the tourists visiting the State as they would get opportunity to stay in salubrious climate in the lap of nature. 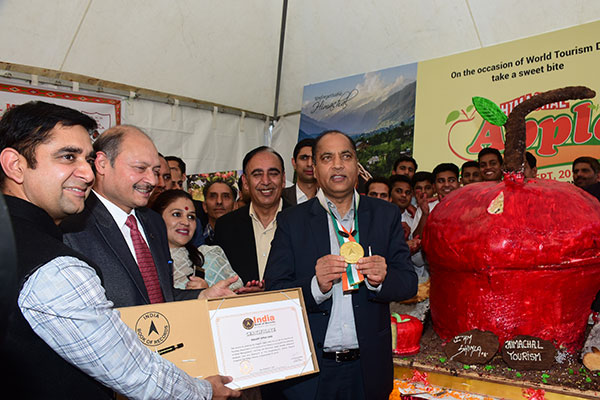 Earlier, the Chief Minister went around the exhibition put up by the horticulturists of the State highlighting different varieties of apple and flowers. 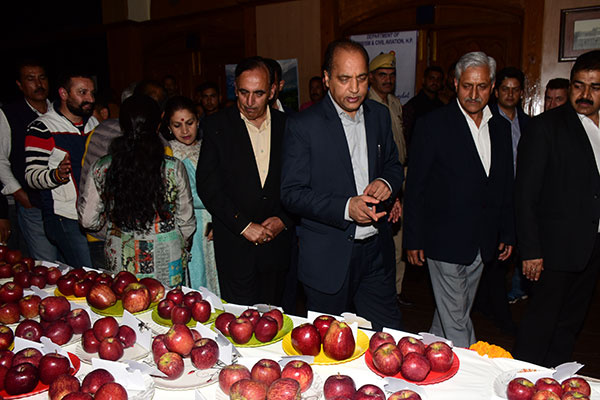 He also cut the biggest apple cake prepared by the Tourism department alongwith the Institute of Hotel Management, Catering and Nutrition, Kufri Shimla. This huge cake with the dimension of 4.5 feet into 3.5 feet weighing over 200 kg. has entered into the India Book of Records as biggest Apple cake.