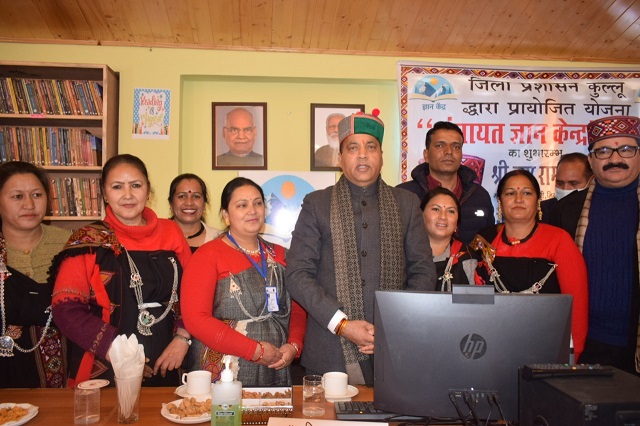 While virtually interacting with the Pradhans of the ‘Gram Panchayat Gyan Kendras’, Chief Minister said that this initiative of the district administration was indeed a commendable step as the youth of these panchayats would get opportunity to prepare for competitive examinations. He said that the students would not only get 24-hour library facility nearer to their homes but they would also get internet and wifi-facilities.

Jai Ram Thakur said that since this initiative has been taken on the birth anniversary of Atal Behari Vajpayee, these Gyan Kendra would be named as ‘Atal Gyan Kendra’ as a mark of respect to the former Prime Minister as he had chosen Manali as his home. He said that the State Government would provide all possible help to further strengthen this initiative.

Chief Minister also thanked the National Book Trust for providing books to these Gyan Kandras. He also urged the general public to donate books for these Kandras. He also appealed to the other panchayats of the district as well as state to replicate this initiative in their respective districts.

Pradhan, Prini Panchayat, Kalpana Acharya welcomed the Chief Minister and honoured him by presenting a cap and shawl.

Deputy Commissioner Kullu Ashutosh Garg briefed the Chief Minister regarding this initiative of the district administration.