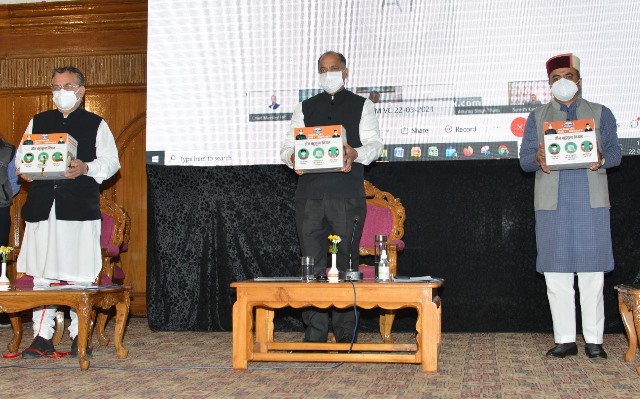 Speaking on the occasion Jai Ram Thakur said that these kits would be provided to the Covid-19 patients in home isolation by concerned MLAs. He urged the elected representatives to ensure that the kits were made available to the patients at the earliest.

Jai Ram Thakur said that e-Sanjeevani OPD would ensure effective communication between the patients and physicians and enable them to get proper advice from the specialists. He said that the Covid Care App would provide an effective mechanism for monitoring the patients in home isolation.

Jai Ram Thakur said that as many as 3100 fresh recruitments have been made in Health department to ensure adequate manpower in the health institutions for proper treatment of the patients. He said that State Government has also taken up the matter with the Central Government to enhance oxygen quota for the State by 10 MT. He said that Himachal Pradesh was one of the first States in the country which has ensured zero percent wastage of vaccine. He said that about 22.52 lakh vaccines had been administered to the people of the State and the State Government has put an order of 72 lakh vaccines before Serum Institute of India.

Chief Minister said that the State Government was also planning to start a special campaign to identify patients particularly in rural areas having symptoms of ILI so that they could be tested at the earliest. He urged the MLAs, representatives of PRIs and ULBs, ASHA workers and other health functionaries to come forward to identify such patients. He said that the State Government would also honour the panchayats performing well in implementation of this drive. He said that this would not only ensure early detection of Covid cases but also check spread of the virus.

Chief Minister also thanked the Corona warriors like doctors, nurses, paramedical staff, sanitary workers for their valuable services. He also appreciated the assistance provided by the various social, religious and other organizations to the State Government for combating the situation. He specially thanked Radha Swami Satsang Beas for providing their complexes at Mandi, Paraur and Solan where additional bed capacity of about 700 beds were created for treatment of Corona patients. 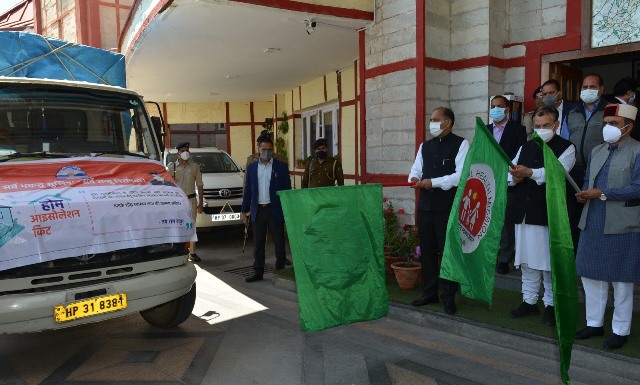 Union Minister of State for Finance and Corporate Affairs Anurag Singh Thakur, while appreciating the frontline workers in fighting the Corona virus, said that it was due to their efforts that country and the State was successfully fighting the Covid situation. He said that the Union Government has made a provision of Rs. 26000 crore for providing free ration to about 80 crore people to facilitate the poor. He said that about 216 crore vaccine Vial would be made available to the people of the country by end of this year. He said that India has provided life saving drugs to about 195 countries during the first phase of the pandemic.

Urban Development Minister Suresh Bhardwaj said that under the able leadership of Chief Minister Jai Ram Thakur the State was effectively fighting the pandemic. He said that sound infrastructure have been ensured to cater to the needs of the patients. He also urged the elected representatives of PRIs and ULBs to ensure effective monitoring of patients in home isolation.

Health Minister Dr. Rajiv Saizal welcomed the Chief Minister and said that in spite of limited sources, the State has effectively managed the pandemic as compared to the neighbouring States. He also felt the need for greater coordination between various sections of the society for tackling this situation.

Secretary Health Amitabh Awasthi made a presentation on Covid situation and progress in vaccination campaign in the State.