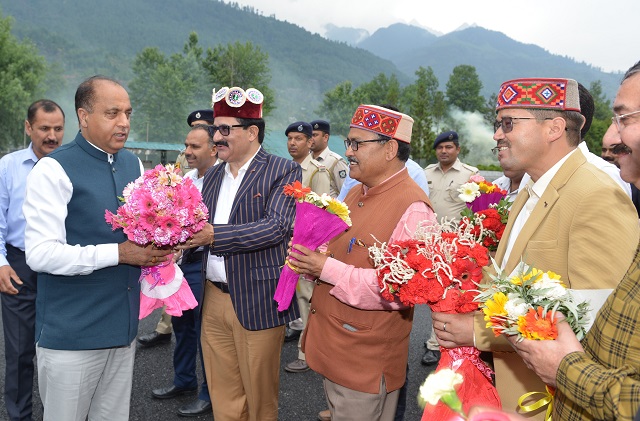 Beas Kund would be developed from tourism point of view by providing basic facilities to the tourists visiting the area and the Hans Foundation has agreed to erect a 60 feet bronze statue of Beas Rishi there which would be an added attraction to the visitors besides a light and sound show would also be developed at famous Hidamba temple Manali by the Foundation. This was stated by the Chief Minister Jai Ram Thakur after performing ‘Bhoomi Pujan’ of Hans Foundation Charitable Hospital, Patlikuhal in Manali Vidhan Sabha area of Kullu district today.

While addressing the people of the occasion at Patlikhual, Jai Ram Thakur said that the Hans Foundation has been rendering yeoman service for the welfare of the suffering humanity. He said the Foundation had made a contribution of Rs. 500 crore during the Uttrakhand tragedy a few years ago. He said that 15 Medical Mobile Units were provided to the State by the Foundation which were helpful in providing better transportation facilities to the patients. He said that this 60 bedded hospital on completion would go a long way in providing better health facilities to the people of the area.

Chief Minister thanked the people of the State for their wholehearted support and cooperation to the State Government during the last four and a half years. He said that the people also provided full support to the Government at the testing time of the corona pandemic. He urged the people of the State for their wholehearted support in future as well so that the pace of development goes uninterrupted in the State. He said that people of the four states, where Assembly Elections were held recently,  have ensured that the BJP once again form Government in their respective  States and added that in Himachal Pradesh also, the BJP would win the next Assembly Elections as the present State Government has initiated various welfare and people oriented schemes so that every section of the society could be benefitted from them and derive benefits from the developmental projects. 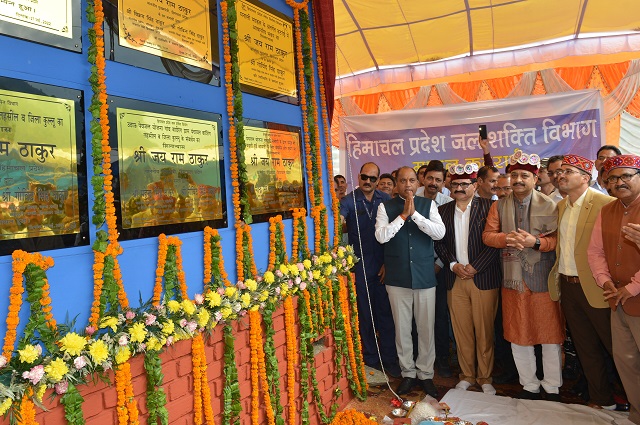 Jai Ram Thakur said that the Foundation would provide MRI facility at Civil Hospital Kullu and the State Government would provide all possible help to facilitate for setting up of this facility. He said that beautification of Rohtang Pass would be carried out so that the tourists could be attracted to visit the Pass. He said that Solang valley would also be beautified by providing car parking and wayside amenities.

Education Minister Govind Singh Thakur while welcoming the Chief Minister and others, thanked the Hans Foundation for setting up super specialty Charitable Hospital at Patlikuhal. He  said that free treatment would be provided to poor patients in this super specialty hospital. He also detailed a few developmental demands of the area.