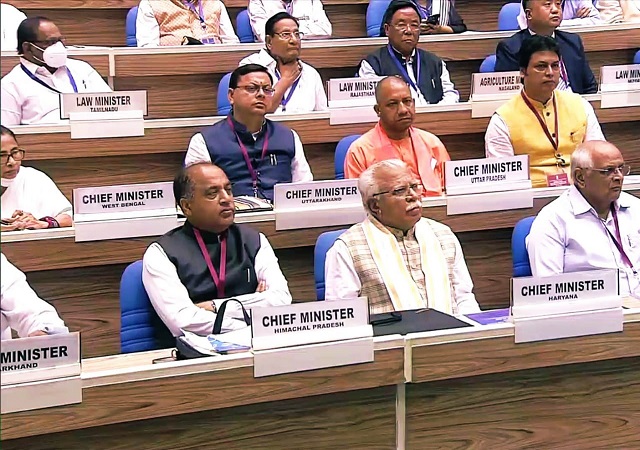 The Joint Conference of Chief Ministers of States and Chief Justices of High Courts is held for effective coordination of efforts towards providing speedy justice to citizens of the country. During the day-long Conference, the Executive and the Judiciary discuss ways to find common ground for synergizing efforts towards this end.