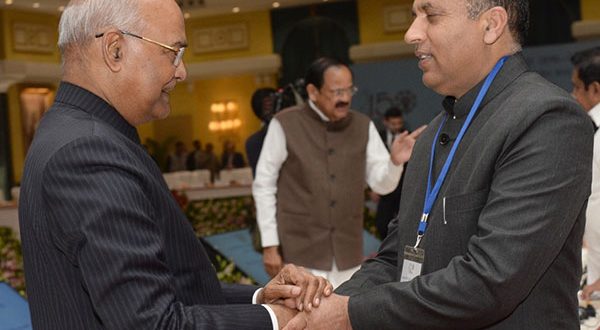 Chief Minister suggested the Committee that a magnificent statue of Mahatma Gandhi should be erected like the Statue of Unity of Sardar Vallabhai Patel. He added that it should be made on the same analogy by collecting soil of every place associated with the memory of Gandhi ji. He said that all the things related to Gandhi ji at places he travelled should be preserved in a museum, he said. He further added that participation of youth should be ensured in this work which will also inspire them in a big way by making them aware about great Gandhian ideals.

While apprising about the detailed plan of the celebrations in the state, Chief Minister said that state was focussing upon generating awareness about the philosophy and great ideals of Mahatma Gandhi who was admired by one and all in India as well as across the world. He said that his noble thoughts and ideals have inspired millions and added that it was very important to generate awareness among youth of our country who were born in independent India about Gandhi ji . He said that state government is organising mass awareness campaign especially in educational institutions through essay, painting contests, debates as well as nukkad nataks, screening of short films, yuva kavi sammelans and various other cultural activities to make people aware. He said that effort was being made to generate awareness about Gandhian philosophy in every nook and corner of state, especially in educational institutions.

He further said that Gandhi Ji’s thoughts were major catalysts for social change and state government has taken up Cleanliness programmes as top priority in the form of Swachh Bharat Abhiyan which is being implemented on war footing besides launching some new schemes on 2nd October. He said that announcement has been made to provide two dustbins each to 3000 schools and 100 colleges. Apart from this, main impetus is being laid on environment protection and ban on one time use of plastic etc. He said that self help groups were being encouraged to prepare jute bags plates made of leaves and paper as an alternative to the use of plastic. These would not only reduce pollution but also provide employment opportunities to local people.

He said that state has also adopted Antyodaya mission on priority to ensure rural development with gram panchayats as focal points for all convergence activities. He said that various schemes like Awaas Yojna, HimCare Yojna, Skill Development, Ayush and Ujjwala Yojna were being implemented for upliftment of poor and needy persons.