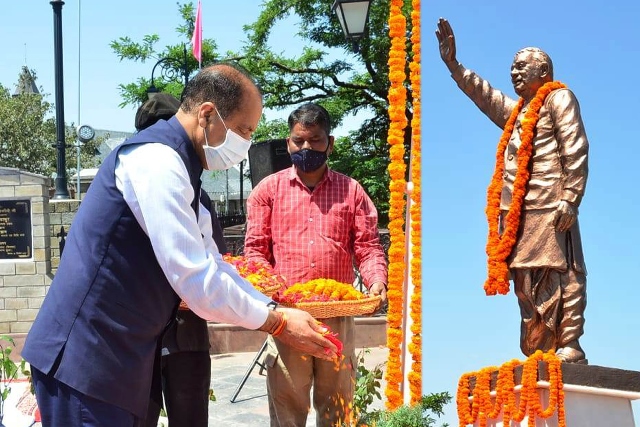 While interacting with media persons, Chief Minister said that Atal Bihari Vajpayee was a great statesman and visionary who realizes the dream of good governance and development of the nation with determination and farsightedness. He said that Atal Bihari Vajpayee has special affection and love with the people of Himachal Pradesh and considered Himachal Pradesh his second home.

Jai Ram Thakur said that Pradhan Mantri Gram Sadak Yojna launched during the tenure of Atal Bihari Vajpayee has proved boon to Himachal Pradesh as it has ensured road connectivity to far flung villages of the State.

CM thanks people for participating in Har Ghar Tiranga

Chief Minister Jai Ram Thakur thanked the people of the State for celebrating the 75th Independence Day held yesterday with great enthusiasm and fervour. He said that the Day provides us opportunity to pay respect to the thousands of freedom fighters and unsung heroes who laid down their lives for the freedom of the country.

Jai Ram Thakur also thanked the people of the State for actively participating in ‘Har Ghar Tiranga’ campaign by hoisting the flag at their homes, villages and work places and making the clarion call made by him grand success.