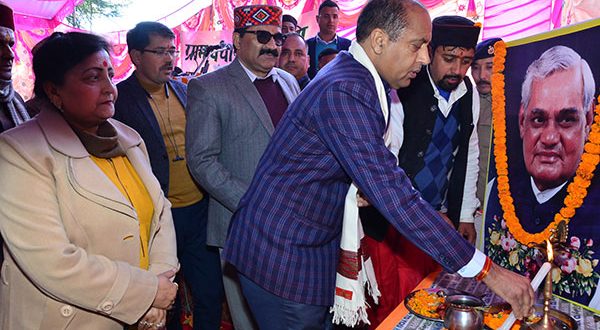 CM pays rich tributes to Vajpayee on his birth anniversary

Chief Minister formally launched ‘Ek Buta Beti Ke Naam’, from the premises of Atal Bihari Vajpayee’s house at Prini. Under this scheme five tree saplings would be presented to the families of newly born girl child alongwith other kit. He presented five deodar saplings to the mothers of newly born girl child, besides twenty kilograms vermi-compost, five tree guards and name plate of the girl child to the family members.

While addressing the nation on the occasion, Prime Minister announced naming of Rohtang Tunnel being constructed in the State as ‘Atal Tunnel’ after the name of former Prime Minister and Bharat Ratan Atal Bihari Vajpayee. 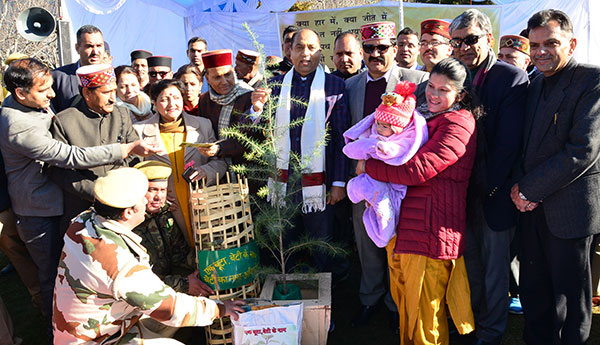 While addressing the people on the occasion, Chief Minister Jai Ram Thakur said that Atal Bihari Vajpayee always considered Himachal Pradesh his second home and has a house at Prini in Kullu district. He used to visit the State whenever he got time from his busy schedule. He said that during Prime Ministership, Atal Bihari Vajpayee not only visited Manali, but also organized   Kavi Sammelan where he used to recite his favourite poems. Not only this, he had written a poem on Manali which showed his love for the town, he added.

Jai Ram Thakur said that Shri Atal Bihari Vajpayee was a multi-faceted personality and apart from being a great Statesman, he was an outstanding orator, a passionate poet and a committed journalist. He said that he always showed special benevolence on Himachal Pradesh and its people. He said that Vajpayee showered his love and affection by giving approval to various mega projects for Himachal Pradesh. He said that statues of Atal Bihari Vajpayee would be installed at Mountaineering Institute Manali, Atal Sadan Kullu and at The Ridge Shimla.

Jai Ram Thakur said that the idea to construct Rohtang tunnel connecting landlocked winter-land Lahaul valley with rest of the world was conceived by Shri Vajpayee and the project was also announced by him. He said that this project was the biggest gift of Shri Vajpayee to the State. He said that in the very first Cabinet Meeting of the State Government after the demise of Atal Bihari Vajpayee, the State Cabinet passed a resolution to urge Centre to name Rohtang Tunnel as ‘Atal Tunnel’ after the name of former Prime Minister late Atal Bihari Vajpayee,  as a mark of respect to the great leader. He thanked the Union Government for acceding to the request of State Government in this regard. 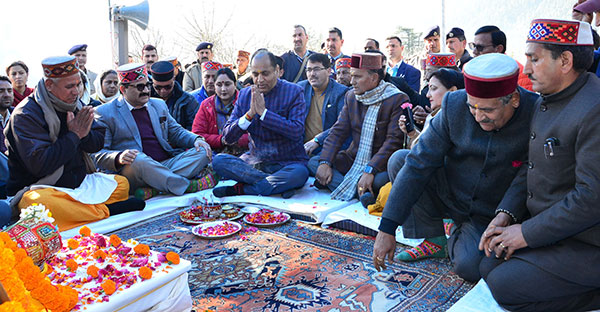 Chief Minister also released a book on Atal Bihari Vajpayee brought out by the State Language, Art and Culture Department which has been edited by Dr. Inder Singh Thakur. He also released the logo of ‘Ek Buta Beti Ke Naam’ on the occasion.

Urban Development Minister Sarveen Chaudhary said that ‘Atal Shrestha Shahar Puraskar’ was an endeavour of the State Government to motivate the Municipalities in the State to work with commitment towards maintaining cleanliness in the towns of the State. 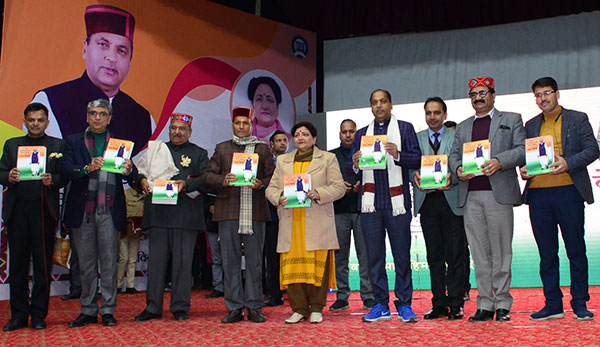 Transport and Forest Minister Govind Thakur said that Atal Bihari Vajpayee had special love towards the State in general and Manali in particular. He said ‘Ek Buta Beti Ke Naam’ would go a long way in increasing the green cover of the State as every family with the newly born girl child would be provided five tree saplings.

Later, while addressing the gathering at Shuru village near Manali, Chief Minister said that the people Prini and Shuru villages were fortunate that Atal Bihari Vajpayee belonged to these villages and had great affection towards the villagers. 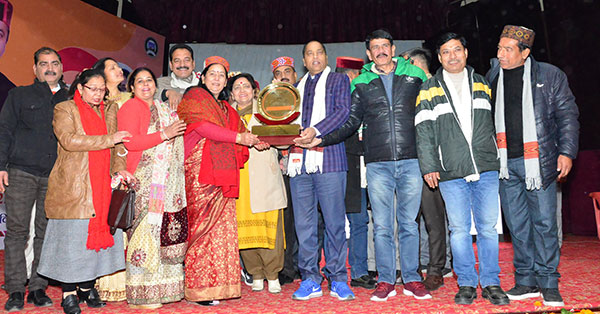 Chief Minister announced Rs. 10 for construction of temple inn so that tourists and visitors could be facilitated. He said that Rs five lakh each would also be provided by MP Ram Swaroop and Govind Thakur. He announced that Arjun Gufa would be developed from tourism point of view. He announced improvement of this Village Road, besides providing adequate drinking water facility to the people of the Village.

Transport and Forest Minister welcomed the Chief Minister and other dignitaries present on the occasion.

‘Preeti Bhoj’ was  organised by the people of Shuru village at the temple complex of Mata Sharbari on the occasion of birthday of Atal Bihari Vajpayee.