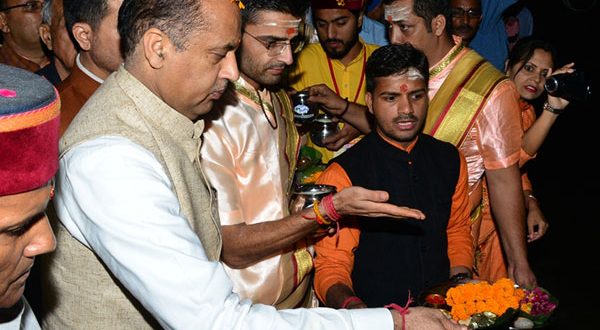 The banks of river Beas near Panchwaktra Temple in Mandi town were filled with prayers, hymns, rituals and a palpable sense of divinity when Chief Minister Jai Ram Thakur led the people of Mandi in performing Beas Aarti, yesterday evening. 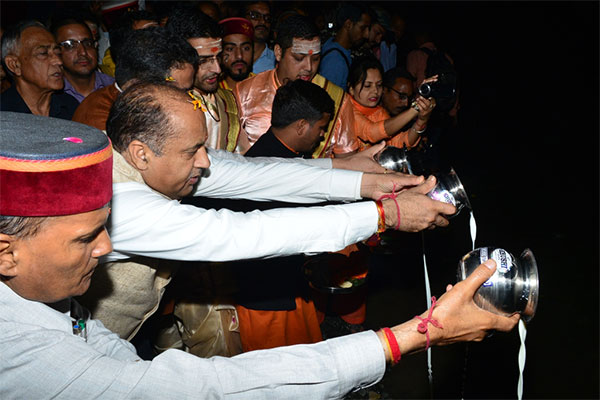 Thousands of people gathered on the banks of river Beas with priests from Kashi in Uttar Pradesh, held large fire bowls in their hands and the chants filled the air with religious fervour. People float earthen diyas, with burning flickers and flowers in Beas as a symbol of reverence.

Later, the Chief Minister presided over the first Cultural night of Chhoti Kashi Mahotsav at Indira Market Mandi on the occasion. A spellbound light and sound show was also held at Seri Manch on the occasion. 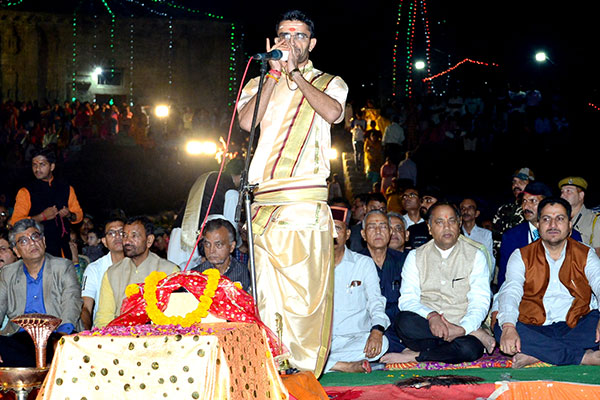