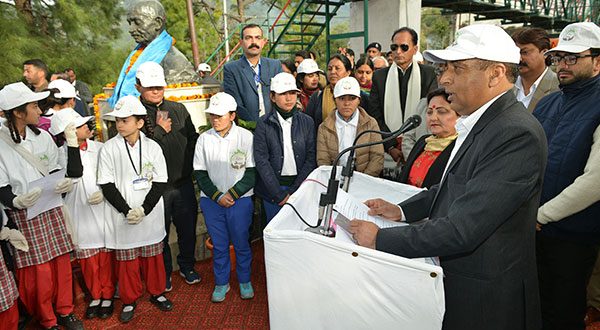 Chief Minister said that the campaign was a move aimed at bringing beneficiaries of Pradhan Mantri Aawas Yojna Urban (PMAY, urban) into the fold of other central schemes such as Ujjawala and Ayushman Bharat.

Jai Ram Thakur said the convergence especially focused on Ujjwala for LPG gas connection and Ayushman Bharat for health insurance to the beneficiaries of Pradhan Mantri Awas Yojana (Urban). He said that as many as 5829 people have been covered under the PMAY (Urban) Mobile Application in the State under Angikaar Campaign. 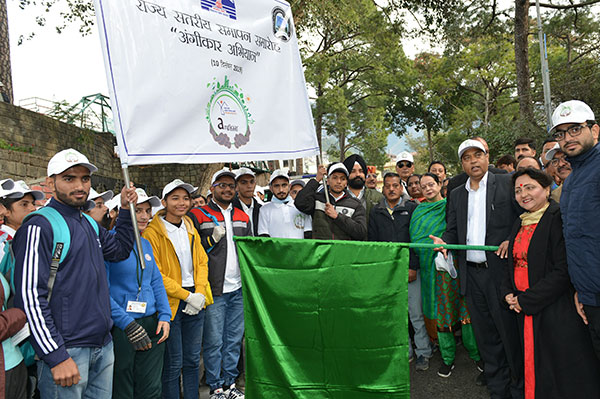 Chief Minister said that the campaign launched by the Union Government on 29th August this year was officially rolled out in the state from Mandi on October 2nd   which was concluded today. He said that the campaign was also aimed at spreading awareness and understanding about environment conservation and hazards of plastic to the environment. He said that the state was poised to become the first state of the country by 27th of this month with every household with a LPG gas connection.

Chief Minister administered oath to the students on the occasion. He also planted a sapling.

He also flagged of the awareness rally on the occasion.