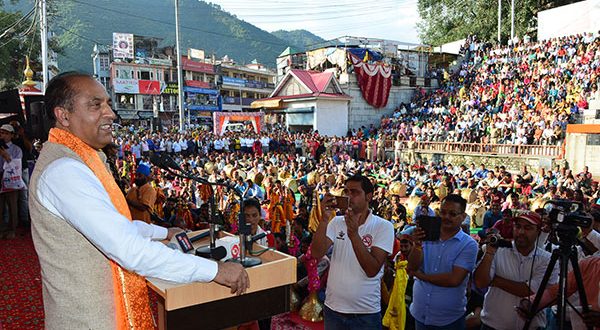 Fairs and festivals play an important role in preserving the rich cultural heritage of the State for the posterity to come besides religious faithfulness of the people towards their Gods and Goddesses.

This was stated by the Chief Minister Jai Ram Thakur while presiding over the inaugural ceremony of Chhoti Kashi Mahotsav held at the historic Seri Manch Mandi today. 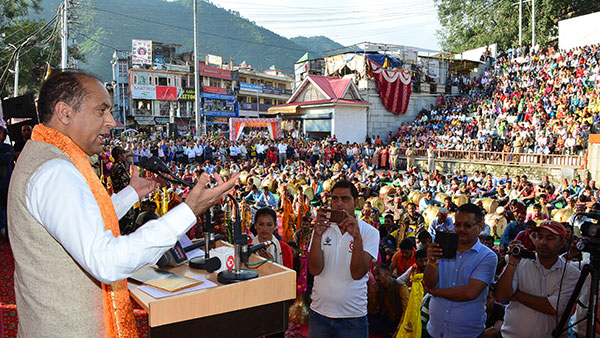 Chief Minister said that organizing the Chhoti Kashi Mahotsav was the maiden endeavour to preserve, conserve and promote rich culture of Mandi town, which was known as Chhoti Kashi due to large number of temples in the town. He said that Shivratri Festival of Mandi has gained international fame and was world famous for its cultural uniqueness and diversity.

Jai Ram Thakur said that it was vital to uphold our age old culture, tradition and value as only those societies thrive that respect and uphold their tradition. He said that the festival would have several attractions such as cultural events, Mandi painting, art and craft stalls, Beas Arti, Laser Show, food festival etc. He said that the State Government would provide all possible help to make Mandi town as an added attraction to the tourists. 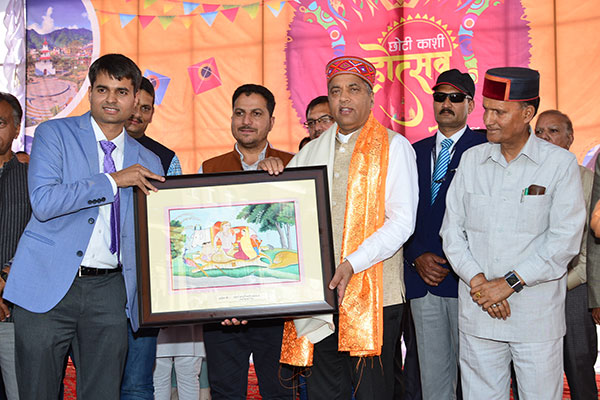 Chief Minister said that the Mahotsav would go a long way in promoting the age old tradition and culture of Mandi town and the old glory of Chhoti Kashi would be revived and preserved.

Thousands of drummers played musical tune by synchronizing instruments to fill the atmosphere with traditional fervour and ecstasy. 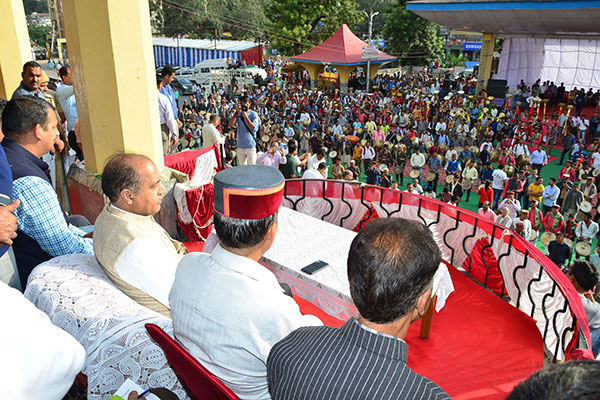 Chief Minister also released a Booklet of ‘Aaj Purani Rahaon Se’ on the temples of Chhoti Kashi, Mandi and booklet of ‘History of Mandi State’, published by the State Language, Art and Culture Department. He also visited exhibition stalls put up by various departments, NGOs, Boards and Corporations.

Deputy Commissioner Mandi and Chairman Mahotsav Organising Committee Rugved Thakur welcomed the Chief Minister and other dignitaries present on the occasion. He said that this three day Festival was aimed at highlighting the rich culture and tradition of Chhoti Kashi Mandi. He said that Beas Arti on the analogy of Ganga Arti would be also be organised which would start from Panchvakra Temple. 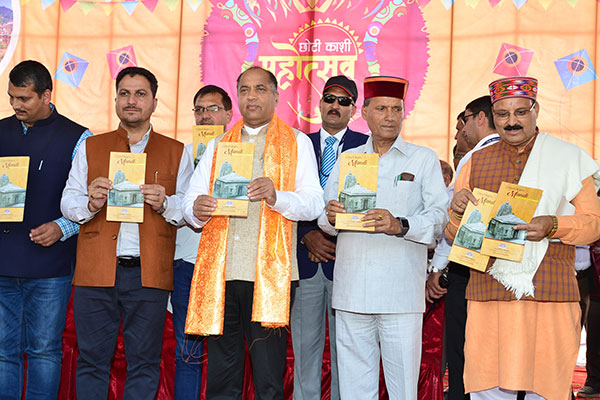 Cultural troupes for various parts of Mandi, traditional folk dance and Seraj Nati were main highlights of the first day of this Mahotsav.