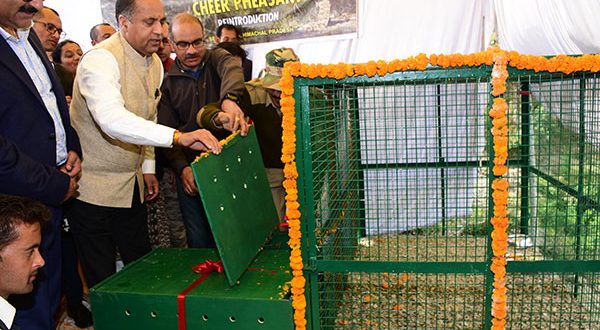 Speaking on the occasion, the Chief Minister said that the Cheer pheasant was an endangered Himalayan pheasant red-listed by International Union for Conservation for Nature (IUCN). The Central Zoo Authority identified the Cheer Pheasant as specie for conservation breeding with an objective to establish viable and self sustainable population.

Jai Ram Thakur said that this bird was at a stage of extinction and the Wild Life Department was doing a commendable job in its captive breeding. He said that tomorrow a pair of this bird would be released into the nearby forest. He expressed hope that the bird would thrive properly in the forest and its population would increase. He said that there was complete ban on hunting in the State and it was a crime to hunt any kind of wildlife in the State. He urged the State Wild Life Department to keep this good work going in future also so that the number of Cheer pheasant could increase. 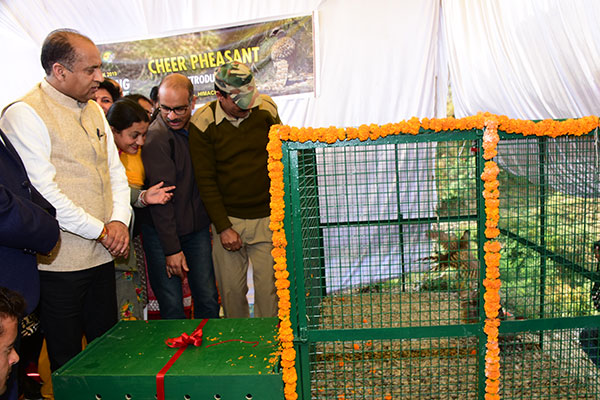 The Chief Minister said that wildlife was an integral part of our forests and there should be such an atmosphere and environment for them that they could live independently and without any fear. He said that they not only add attraction to the people but also make the nature and environment of the forests more viable and sustainable.

Forest Minister Govind Singh Thakur thanked the Chief Minister for sparing his time for releasing the Cheer Pheasant into the wild. He said that Cheer pheasant was a very rare and beautiful bird found in the Himalayas.

Principal Conservator, Forest (Wildlife) Dr. Savita said that Khadiyun Pheasantry in Chail was identified as a ‘coordinating zoo’ for carrying out the conservation breeding of Cheer pheasant.