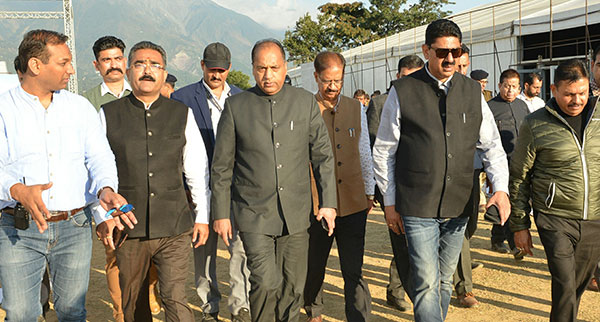 Chief Minister Jai Ram Thakur while presiding over the meeting to review the preparedness of Global Investors Meet (GIM) slated to be held at Dharamshala on 7-8 November said that foolproof arrangements must be made to ensure that the maiden mega event becomes a memorable one.

Jai Ram Thakur said that Prime Minister Narendra Modi would preside over the inaugural function on 7th November and Home Minister Amit Shah would be presiding over the valedictory function to be held on 8th November. In addition to this senior Union Ministers would also be participating in the Meet, he added. He said that this event was a first of its kind thus efforts should be made that not even a single loophole was left unattended. He said that laxity in this regard would be viewed seriously. He said that the cleanliness must be ensured at any cost and efforts must also be made for beautification of the city. 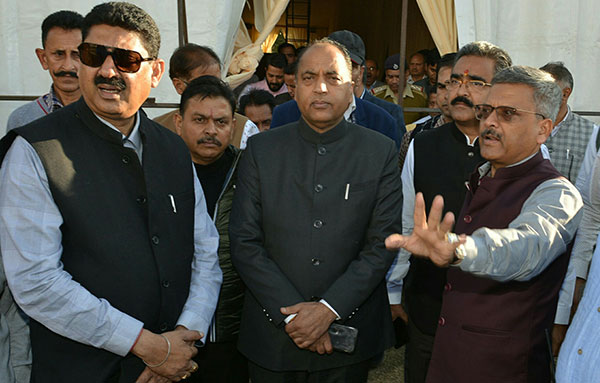 The Chief Minister said that since as many as 209 foreign delegates were also expected to attend the event and adequate arrangements must be made for their comfort. He said that exhibition must be attractive, informative and eye catching. He said that eight sectoral sessions would be held during the event besides B2G meetings with the entrepreneurs.

Additional Chief Secretary Industries Manoj Kumar welcomed the Chief Minister and detailed the progress in the preparedness regarding the Global Investors Meet.

Earlier, on his arrival at Dharamshala, Chief Minister visited the Police Ground at Dharamshala, the venue of this event and took stock of the progress in the preparedness to make the event a success.