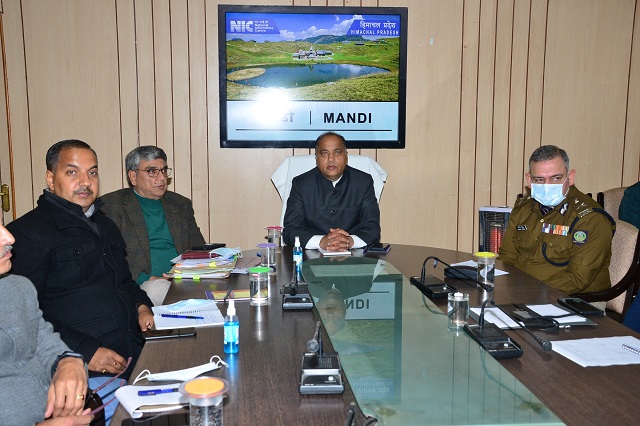 Chief Minister Jai Ram Thakur today presided over the meeting with the senior officers of the State Government to review the preparedness for proposed visit of the Prime Minister Narendra Modi to Mandi slated for 27th of this month.

Jai Ram Thakur also asked the officers to ensure that general public do not face any inconvenience due to this mega event. He said that arrangements of refreshments and water should be made for the people in the buses coming from different parts of the State. He said that every bus carrying beneficiaries must be accompanied by a liaison officer and they should reach the venue well in time.

Transport Minister Bikram Singh, while attending the meeting virtually, assured the Chief Minister that proper arrangements would be ensured for transportation of beneficiaries of various schemes to the venue of the rally.