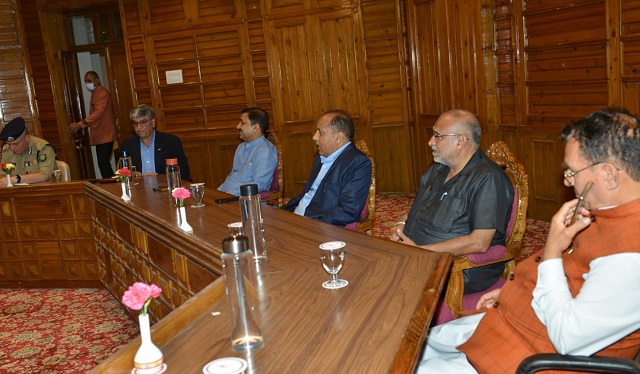 Chief Minister Jai Ram Thakur today presided over the meeting with the senior officers of the State Government to review the preparedness for visit of Prime Minister Narendra Modi to Shimla slated for 31st of this month.

Chief Minister directed the officers to ensure that all possible arrangements are made to make the event a historic one. He said that the police must also make proper arrangements for smooth plying of vehicles, parking of buses and other vehicles.

Jai Ram Thakur also asked the officers to ensure that general public does not face any inconvenience due to this mega event.