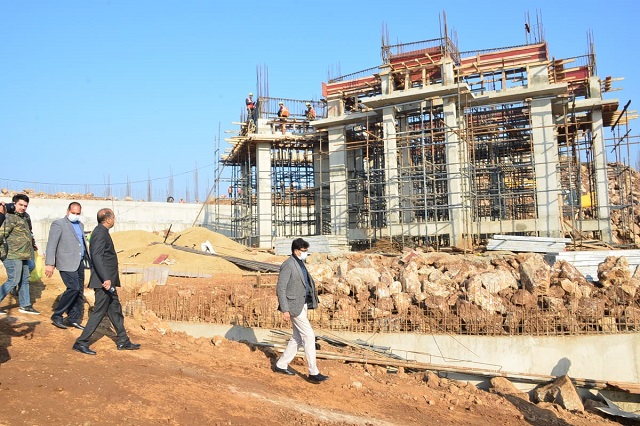 Chief Minister Jai Ram Thakur today visited the construction site of the proposed Shiv Dham, near Kangnidhar, Mandi to review the progress in the work of this ambitious Project. First phase of this Project would be completed at a cost of about Rs. 40 crore.

Chief Minister directed the executing authorities to ensure time-bound completion of this Project so as to avoid price escalation. He said that this Project was been executed under the ‘Nai Raahein Nai Manzilein’ scheme by the Himachal Pradesh Tourism Development Corporation.

Jai Ram Thakur said that on completion, this Project would be an added attraction for the tourists visiting the State as it would have replicas of twelve ‘Jyotirlinga’. This projected is slated to be completed by end of July, next year.

Deputy Commissioner Mandi Arindam Chaudhary and other officers of HPTDC were present on the occasion.